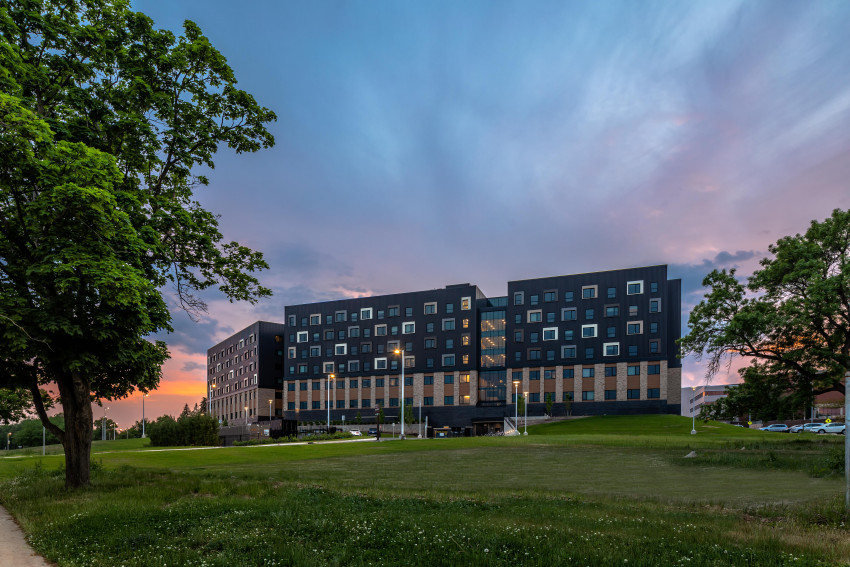 By the year 2024, Western Michigan University plans to re-imagine the southern portion of main campus, including a new student center and several other major building efforts.  This new Arcadia Flats project, located on the site of the former Elmwood Apartments, is the first realization of this vision.  The existing Elmwood Apartments were demolished over the summer of 2018 to provide a clean slate for the construction of something new, setting the stage for the first wave of South Neighborhood revitalization.

The University partnered with Stantec Architecture and their team of national residence life experts to design the new housing project which was constructed by Triangle Associates.  WMU crafted a vision for the apartment building, centered around creating an icon visible from Stadium Drive and developing a community that promotes healthy, sustainable living.  WMU also envisioned making this housing project a model of communal 21st century housing and creating a place where upper class and graduate students can live, learn, network and play.  Located near the center of campus, the building can be seen prominently from Stadium Drive, transforming the South Neighborhood, and signaling the future of housing and education at WMU. 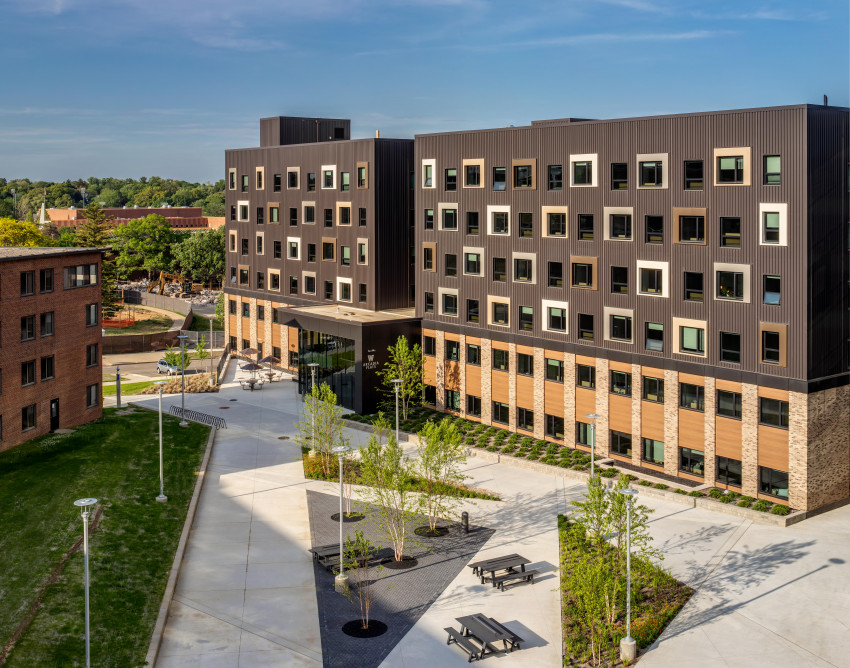 Goals of the project

The overarching design goals of this new housing project were twofold: first, to provide the latest and greatest in student housing amenities, incorporating cutting-edge design elements geared toward the student of the future. As such, it will be used to strengthen the University’s recruitment and retention goals.

Second, there was a desire to refresh the visual identity of the University along the very visible Stadium Drive corridor, providing a new face that is more fitting of a progressive, 21st century campus.

The building opened its doors to the first residents in January of 2021.

Arcadia Flats features five different apartment-style unit types including a studio loft, and can house a total of 341 residents.  The building, broken into two forms linked by a glassy bridge, features a centralized lobby with fireplace and gathering spaces, a fitness room, laundry and social / study spaces scattered throughout.  An outdoor courtyard, designed to be a node on the main pedestrian walk through the future Hilltop Village, encourages gathering outside as well. 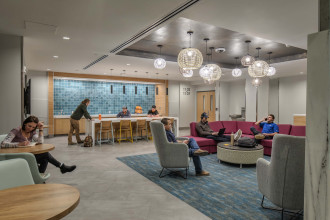 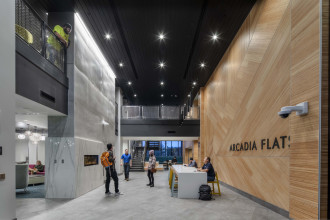 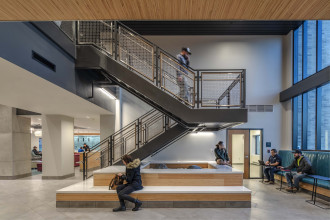 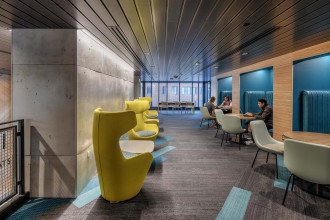 Want to see what the new apartment units look like??  Take a 360-degree virtual tour!! 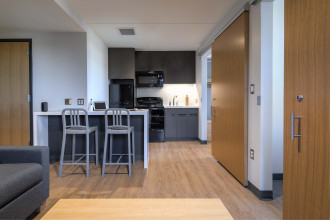 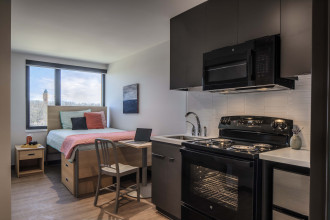 We are excited to announce that the Arcadia Flats project received LEED 'certified' certification by the U.S. Green Building Council under the LEED v4 Building Design and Construction: New Construction and Major Renovations rating system with a total of 42 points!   A plaque will be erected in the main lobby to showcase WMU's achievement and commitment to sustainability and green design.  See our official certificate and learn more about the LEED Rating System at the USGBC's website.