Leonard Gernant was a strong proponent of providing quality services for older adults. He built alliances within the community that addressed the needs of aging people and used those partnerships to help establish many senior-oriented organizations including Senior Services Inc. in Kalamazoo.

In 1975, the Leonard and Frances A. Gernant Gerontology Scholarship Fund was created in his honor to recognize his wish that gerontology have a place at WMU. In 1996, the fund became an endowed scholarship. The award provides funds for individuals dedicated to a career in health and human services with an emphasis on the aging. 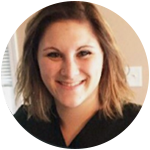 Stoney LaForge is from Kalamazoo, Michigan, and is majoring in nursing with a minor in integrative holistic health and wellness. She will be graduating in spring 2017. Upon graduation she says that she would like to work with the geriatric population in some capacity. While growing up, her grandmother was a director at several assisted living communities in southwest Michigan. She states that she and her cousins would go in to talk with the residents and do their activities with them. Stoney believes that her experiences growing up have definitely influenced her career aspirations and she looks forward to seeing what her future career as a nurse holds in store. 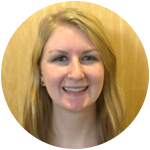 Chandler Hodgkin is originally from Grand Blanc, Michigan, and is a senior studying speech pathology and audiology with a minor in gerontology. She will be graduating in spring 2017 and from there will continue her education in speech-language pathology by attending graduate school. In the future, she hopes to work with older adults in either a skilled nursing facility or hospital setting. The past two semesters she has been volunteering at the WMU Unified Clinics with the Aphasia Communication Enhancement (ACE) Program and has really enjoyed her time working with the older adult population. She also works in a memory care facility where he assists people with dementia. Working and volunteering with older adults has always been a very rewarding experience for Chandler as she is constantly learning new things about herself by working with this population. All of her experiences working with older adults has pushed her towards centering her career on the adult population and helping them with their future, just like they have helped her with hers. 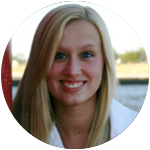 Christina Lindahl is from Kalamazoo, Michigan, and is senior majoring in interdisciplinary health services. Upon graduation, in spring 2017, she would like to continue her education to pursue a degree as a physician assistant.