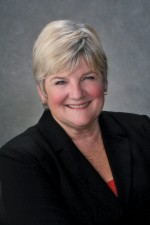 Dr. Nickola "Nicki" Nelson has been a member of the faculty at Western Michigan University since 1981 and director of the Ph.D. program in interdisciplinary health sciences since 2004. She was named the Charles Van Riper Professor in the Department of Speech Pathology and Audiology for 2005 to 2008.

Nelson's research involves curriculum-relevant language assessment and intervention and working with doctoral students to extend interdisciplinary evidence-based interventions across populations and contexts. Nelson is the author of books, chapters, and articles on children with language disorders, including Childhood Language Disorders in Context: Infancy through Adolescence (second edition, 1998) and The Writing Lab Approach to Language Instruction and Intervention (Nelson, Bahr, and Van Meter, 2004). She has been the editor of Topics in Language Disorders (Lippincott, Williams, and Wilkins/Wolters-Kluwer) since 2006.

Nelson is a fellow of the American Speech-Language-Hearing Association and the International Academy for Research in Learning Disabilities. She earned her doctor of philosophy degree at Wichita State University in 1973 in communication disorders and sciences.