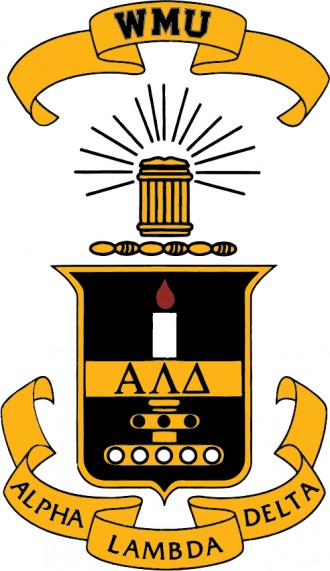 Alpha Lambda Delta was founded in 1924 by Maria Leonard, dean of women at the University of Illinois, to recognize academic excellence among freshmen women. One year before, Dean Thomas Arkle Clark had founded Phi Eta Sigma, an honor society to recognize academic excellence among freshmen men. Both groups operated as single-sex organizations until the mid-1970s, when they both became coeducational in response to Title IX.

Alpha Lambda Delta has continued to celebrate academic excellence among first-year students, has grown to more than 250 chapters and has initiated more than 700,000 students. The national council, which governs the organization, has prudently invested the resources and gifts from local chapters, national council members, former fellowship recipients and friends of the society throughout the years, so the Perpetual Fellowship Fund now exceeds $2 million and can provide income to support 35 undergraduate scholarships of $1000 each and 23 graduate fellowships from $3000 to $7500. The fellowships are named for significant people in the history of the society, including the founder, first adviser Gladys Pennington, two executive directors and several national presidents.