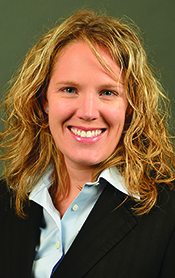 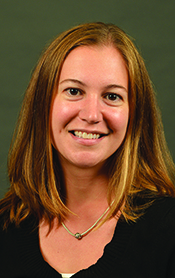 The University Nanosatellite Program (UNP) is sponsored by the Air Force Office of Scientific Research and the Air Force Research Laboratory (AFRL). It is a two year grant that allows universities to design and build a small satellite while going through a rigorous design review process by AFRL. Dr. Lemmer and Dr. Hudson received one of these prestigious grants so that the student organization, Western Aerospace Launch Alliance (WALI), can design and build two models of satellites that will determine whether plasma properties can be reliably measured using optical emission spectroscopy (OES) from a small satellite platform. The goal of the research is to develop a small satellite for on-orbit analysis of plasma plumes. The research will investigate mission feasibility, develop enabling technology, and demonstrate benefits to the United States Air Force (USAF). The project will also serve as an intensive, hands-on learning experience for engineering students at WMU, and it will enhance the state-of-the-art CubeSat technologies. If successful, the satellite design and prototype models will proceed to the second phase of UNP where the satellite is built, tested, and eventually launched into space.

The research goals will be achieved through a mission demonstration of on-orbit OES of a plasma discharge. The Plasma Spectroscopy CubeSat (P-Spec) consists of a pair of satellites that launch as an integrated unit and separate after deployment. The two satellites will operate in mother-daughter configuration. The OES system on P-Spec1 (2U CubeSat) will analyze a plasma source light emission from P-Spec2 (1U CubeSat). Initially, the two satellites will operate in close proximity, but as they drift apart, the distance limits on plasma analysis using OES on orbit will be determined. Furthermore, P-Spec1 will employ active attitude control to point the spectrometer at the plasma source on P-Spec2. By adjusting the attitude rate of P-Spec1, the stability of the OES system necessary to measure emission data for plasma plume analysis will be determined.

The proposed project involves several engineering challenges. The plasma source onboard P-Spec2 will be a plasma tube or a hollow cathode. Experiments will determine the optimum plasma source for the mission within the constraints of a 1U CubeSat. Similarly, the optimum OES system will be determined based on power availability, vibration sensitivity, and thermal requirements on a 2U CubeSat.

Recent advances in CubeSat technology have resulted in increased interest in using micro electric propulsion (EP) thrusters for orbit maneuvering. By using a hollow cathode for the P-Spec mission, several technologies required for EP thrusters will be tested, including propellant feed and storage systems, power processing units, and a pressure monitoring system.

The ability to characterize the plasma plume of an EP device onboard a satellite is directly applicable to USAF needs in Space Situational Awareness. This diagnostic capability can be used to diagnose a malfunctioning EP system or to identify an unknown spacecraft operating with EP. The P-Spec mission represents the first of three planned WMU missions to develop and demonstrate a propulsion-enabled CubeSat for on-orbit plasma diagnostics.

The proposed mission will also significantly impact the education of WMU students. The infrastructure that is developed as a result of the research and protoflight satellite development will enrich the student small satellite group, the Western Aerospace Launch Initiative (WALI), by providing equipment for ADACS testing, a ground station, OES instrumentation, and satellite subsystem components such as solar panels, batteries, an onboard CPU, and communications transceivers. The students will develop systems engineering skills, build and integrate satellite subsystems, and manage projects. They will implement protocols for designing future missions using experiences from the P-Spec mission.

For more information about the student group WALI, and to help support WALI’s efforts, please visit the following website: