The Broncos' record improves to 14-2-1 overall on the season and 4-0-0 in the MAC. The victory gives the Broncos the No. 1 seed in the MAC Tournament and the right to host conference postseason play Friday, Nov. 10, and Sunday, Nov. 12. 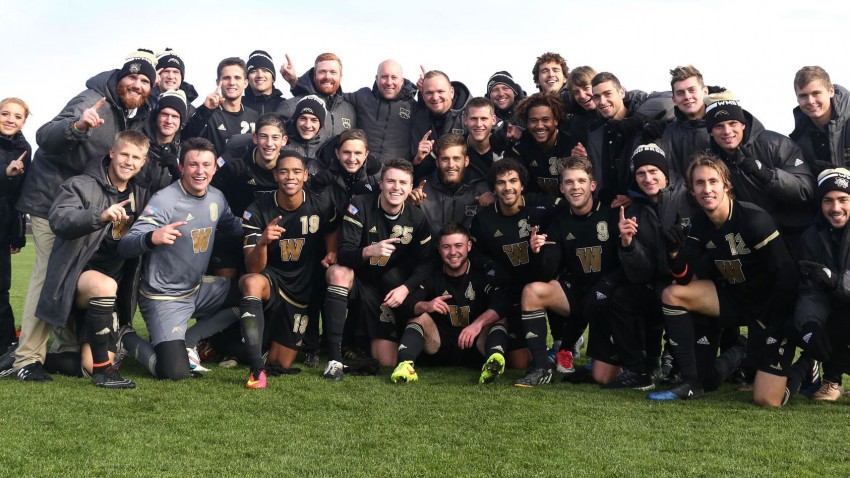 WMU's MAC regular season title snaps a 13-year run by Akron, who has previously won the regular season crown every season since 2004. The Broncos defeated the Zips, 1-0, on Oct. 7 in Kalamazoo.

"I am so happy for them, the men are MAC champs, no one can take that away from them," says WMU head coach Chad Wiseman. "It's a special group of young men with unbelievable leaders. They have cemented themselves in the history books. All the past, present and future Broncos share this championship with us today, Bronco Nation has never been stronger."

Thornton's game-winning goal came in the 24th minute off a corner kick. Redshirt junior Tommy Clark of South Bend, Indiana, sent a perfect ball into the box to find Thornton who headed the ball into the back of the net. It was Thornton's third goal of the season and Clark's eighth assist on the year.

"The goal was great. We thought we could have some success on set pieces with our size," says Wiseman. "We had a great service, and Ben did the rest."

WMU possessed the ball the majority of the game and held the Cougars to only one shot on goal during the game. With another shutout, the Broncos now have 11 on the year, which is one away from tying the school record.

"To bring the MAC Tournament to Kalamazoo in a couple of weeks is awesome for our players, fans and supporters," says Wiseman. "This community deserves to have it here with the support they have shown this team. This group of guys are so tough both physically and mentally."

The Broncos finish out the regular season Saturday, Nov. 4, hosting Bowling Green on Senior Day at 1 p.m. The MAC Tournament will feature the top four teams from the conference and will begin with the semifinal round on Friday, Nov. 10. Winning teams will advance to the tournament championship game on Sunday, Nov. 12.