The Trump Administration's list of 35 mineral and mineral groups deemed critical to the nation includes several that are located in Michigan, although more research needs to be done to better characterize their locations, quantity and quality.

Magnesium, platinum and potash are just some of the critical minerals found in the state that Western Michigan University is using a grant from the U.S. Geological Survey to investigate. 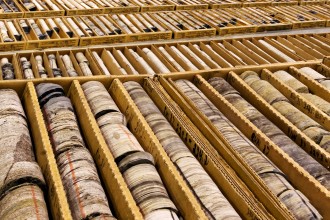 Invaluable data is hidden in the hundreds of thousands of rock cores like these that WMU archives.

The Michigan Geological Survey, part of WMU's Department of Geological and Environmental Sciences, notes that the state has two geologically distinctive areas.

One area, the western Upper Peninsula, has igneous and metamorphic rocks that host well-known, abundant and varied metallic mineral resources, including copper, iron, nickel, platinum group minerals, manganese and cobalt. The region also has some graphite resources and deposits of a phosphate mineral that contains certain rare earth minerals. Researchers have documented the presence of uranium, as well. 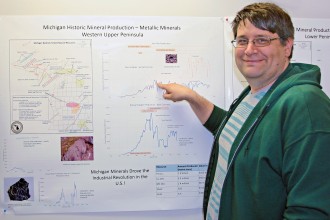 Dr. Peter Voice, a member of the USGS grant team, is an expert on mining in Michigan.