KALAMAZOO, Mich.—Western Michigan University is able to offer students a world-class education because of the world-class faculty on campus.

"Our emerging scholars are faculty in the first decade of their careers who are building significant scholarly portfolios and setting a solid foundation for outstanding higher education careers," says Dr. Christopher Cheatham, interim provost and vice president for academic affairs.

Recipients are nominated by their peers for scholarly work or creative achievements that have advanced knowledge, shown impact beyond their discipline and shown great potential for future work.

"They are selected based on contributions that have earned national recognition and demonstrated an impressive trajectory for long-term success. This year’s award recipients are no exception," Cheatham adds.

The newest class of Emerging Scholars will be recognized at Fall Convocation on Friday, Sept. 16, alongside recipients of other prestigious campuswide honors: the Distinguished Faculty Scholar, Distinguished Service, Distinguished Teaching, Excellence in Diversity, Global Engagement and Make a Difference awards. The event begins at 11:30 a.m. in the North Ballroom on the second floor of the Bernhard Center. A luncheon will follow at 12:15 p.m. 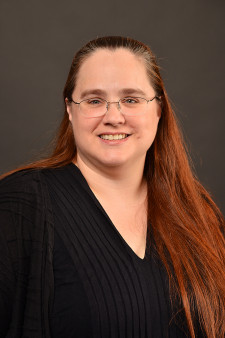 "Her research investigates the core outstanding questions: what signals initiate growth after injury; how stem cells are coordinated to produce tissues of precisely the correct shape; why some animals can regenerate after brain damage and others (like humans) cannot," says Dr. John Jellies, professor of biological sciences.

"Since joining WMU, Dr. Beane has established a thriving research group—demonstrating an extraordinary commitment to advancing both the field of regenerative medicine and the Western community—and engaging many high school, undergraduate and graduate students in her innovative research," adds Dr. Carla Koretsky, dean of the College of Arts and Sciences.

Beane's mentorship will soon have an even wider impact after participating in a grant from the National Science Foundation to bring middle- and high-school science teachers into her lab for summer research experiences that will help create lesson plans they can implement in their own classrooms.

She is also leading an effort to establish an internationally recognized quantum biology community in the United States, helping to found the U.S. Quantum Biology Center and receiving approval alongside collaborators to organize the first-ever Quantum Biology Gordon Research Conference (GRC). Beane's efforts to keep Western at the core of the new and growing quantum biology community have also led to her establishing a national trainee exchange program to be housed at the University called QBite, a guest scientist program exposing graduate students to different quantum biology disciplines.

"She is at the forefront of this field, seeking to use the manipulation of electrons to control stem cell activity and tissue growth as a non-invasive method to control both cancerous growth and promote regenerative growth," Koretsky says.

Beane has previously been recognized at Western with the Darrell R. Latva Biological Sciences Teaching Excellence Award, an Honorary Faculty Fellow award from Lee Honors College, Distinguished Research and Creative Scholarship and Excellence in Discovery awards from the Office of Research and Innovation, and a Presidential Innovation Professorship by President Edward Montgomery. 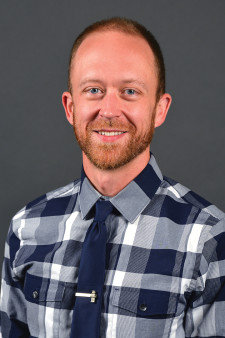 An avid runner, fitness is more than a hobby for Hanson. His passion extends to his research, which has been published in nearly 30 peer-reviewed publications since he joined Western's faculty in 2014, primarily focusing on how the human body responds to aerobic endurance training from the perspectives of exercise physiology, brain activity and psychology.

"His research has been helping others unlock the potential of human performance of their athletes. This is a tremendous feat because his research is providing new strategies and processes that are easily implemented," adds Dr. Michael Miller, graduate program coordinator and professor of athletic training. "In fact, his research is used by practicing clinicians in the field who see the results of his research in real time."

The multidisciplinary methodology of Hanson's work "produces more in-depth results on the effects of aerobic exercise on the human body," says Dr. Sangwoo Lee, associate professor in the Department of Human Performance and Health Education. "These results are expected to have a positive impact on the general public as well as the disciplines (e.g., exercise physiology and psychology)."

"He has been working very hard in his research to help get WMU noticed nationally and internationally and attract the best and brightest undergraduate and graduate students," adds Dr. Yuanlong Liu, chair of the Department of Human Performance and Health Education. "His work is innovative and includes techniques that will help move the field of exercise science in new and exciting directions."

Hanson's research related to mental fatigue during exercise as well as the effect of fitness on cognitive performance of esports gamers will provide future data for the Department of Defense related to drone fighter pilots, Liu adds.

In addition to research, Hanson also makes time for instruction and mentorship. He teaches both undergraduate and graduate courses and serves as the undergraduate program coordinator for exercise science.

"(He) has made it a priority to infuse his research into both his undergraduate and graduate teaching," Liu says. "He has taken two students to present their research every year since 2015 to the Midwest American College of Sports Medicine Annual Meeting. One of these students won the best graduate student oral presentation award." 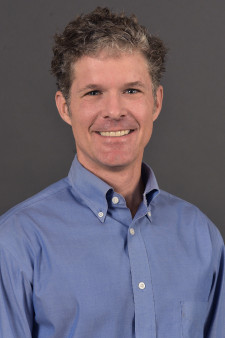 In a time of pandemic uncertainty and political polarization, Kurth's expertise has become increasingly sought out. His research into ethics, moral psychology and emotion theory is widely regarded, and his philosophical treatise on anxiety—the first on the topic—offers novel insights into emotions and virtue.

"Kurth's research has been field-shaping and had a transformative impact on scholarship in moral philosophy and beyond," says Dr. John Doris, professor of philosophy at Cornell University. "(His) work genuinely illuminates topics of abiding humanistic significance. I have a hard time imagining a scholar more worthy of this prestigious award."

Dr. Fritz Allhoff points out Kurth has approximately doubled his research output in his three years at Western.

"Not only has he been prolific, he has continued to hew a profile in elite journals and presses," says Allhoff, professor of philosophy. "His academic research has also spawned popular work, which has appeared in outlets such as The Washington Post, HuffPost, Reader's Digest and Scientific American."

"I see it as vital to the ongoing relevance of our discipline that we encourage and recognize work that brings philosophy to the attention of thoughtful people outside academia. Kurth is bringing accessible versions of his sophisticated research to the general public," adds Dr. Justin D'Arms, professor of philosophy at Ohio State University.

Kurth has also published two books, "The Anxious Mind: An Investigation into the Varieties and Virtues of Anxiety" (MIT Press, 2018) and "Emotion" (Routledge, 2022), and is currently working on a third book, "Taming of the Passions." His research for this latest book project has also received the support of a major research fellowship at the prestigious Helsinki Collegium for Advanced Studies.

"During his time at WMU, Dr. Kurth has been an exemplary departmental citizen whose work comprises not only extraordinary research but also impressive portfolios in both teaching and service," says Allhoff.