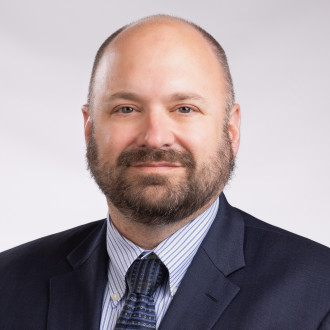 Dr. Christopher Cheatham began working at Western Michigan University in 2003 when he joined the Department of Health, Physical Education and Recreation as an assistant professor.  Cheatham was promoted to associate professor in 2007 and full professor in 2014.  From 2011 to 2013 he served as department chair for the newly named Department of Human Performance and Health Education. In 2014, Cheatham began serving as the associate dean of academic services in the College of Education and Human Development. In this role he provided leadership to the areas of recruitment, student success, undergraduate advising, marketing, research and educational technology services. He also served on the committee to develop the college’s first strategic plan, served as the co-leader for the strategic plan implementation, and chaired the committee tasked with the creation of the college’s strategic enrollment management plan.

On July 1, 2018, Dr. Cheatham began serving as the associate provost for budget and personnel in the Division of Academic Affairs. Shortly thereafter, the position was changed to vice provost. The position provides leadership to the following areas: budget and personnel, WMU 102.1 FM, Sieta Scholars, Office for Sustainability, Lewis Walker Institute, and the Office of Institutional Research. In addition, Cheatham is temporarily serving as the lead to the Office of Institutional Effectiveness and as the enrollment manager.

Cheatham’s research area focuses on environmental physiology and he has received funding from the U.S. Department of Defense (Office of the Army) and several commercial entities. He has authored or co-authored 24 peer-reviewed manuscripts and one book chapter and has been a presenter or co-presenter for over 42 refereed presentations.

Outside of work, Cheatham spends most of his time shuttling his four daughters and one son to and from sporting and dance events and other activities. He also helps manage a non-profit 501(C)3 lacrosse club for girls in second to 8th grade. Most weekends you will find him at some lacrosse field around the Midwest watching his son or daughters play.He is also the obsessed dad to two aussiedoodles, Elmer and Millie.