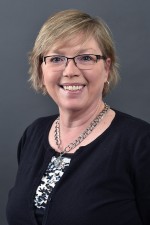 By email appointment only.

Dr. Cindy Visscher is a faculty specialist in the Department of Comparative Religion at Western Michigan University. Visscher serves as the graduate advisor for the spirituality, culture and health master's or certificate program.

Her work includes an expansion of her M.A. thesis on the impact of religious belief on health status and her dissertation which is a case study of the religious aspects of the 1893 Columbian Exposition exploring inter-religious social interaction during the third wave of immigration in the United States. Her publications, Eye on Religion: Understanding the Cultural/Religious Mélange in Treating Japanese Patients and Eye on Religion: Understanding the Cultural/Religious Mélange in Treating Chinese Patients, were included in a health and religion series in the Southern Medical Journal in 2006. Health Care and Spirituality: spiritually sensitive care of the terminally ill Muslim patient was published in the Interreligious Insight journal in 2005.