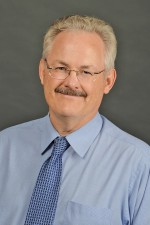 By appointment via email.

Dr. Brian C. Wilson is a professor of American religious history in the Department of Comparative Religion at Western Michigan University.

A native of Santa Clara, California, Dr. Wilson earned a B.S. in Medical Microbiology from Stanford University (1982), and, after three years in the Peace Corps (Honduras, Dominican Republic), went on to earn an M.A. in Hispanic Studies from the Monterey Institute of International Studies (1990) and an M.A. (1991) and Ph.D. (1996) in Religious Studies from the University of California, Santa Barbara. Professor Wilson joined the faculty of the WMU Department of Comparative Religion in 1996 and served as department chair from 2001-09. Among his most recent books are "Dr. John Harvey Kellogg and the Religion of Biologic Living" (Indiana University Press 2014) and "John E. Fetzer and the Quest for the New Age" (Wayne State University Press 2018), both recipients of the Michigan State History Award. His latest book, “The California Days of Ralph Waldo Emerson,” will be published this May by the University of Massachusetts Press.