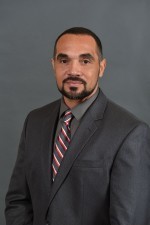 Billy Clayton served 20 years in the Army retiring with the rank of First Sergeant. During his time in the military, he served in mechanized and light infantry, field artillery, aviation and as a senior military instructor for WMU’s highly successful ROTC program. He has deployed to Iraq three separate times accumulating more than three and a half years of duty in a combat zone. He was in a leadership role for over 17 years of his military career training and developing hundreds of soldiers and future Army officers. After the military Clayton continued his passion for training and development by teaching IT courses for a technical school then working in the Office of Military and Veterans Affairs for WMU. In his current position as military advocate, Clayton works on military initiatives, interprets policies, teaches a transition course and continues to be involved with ROTC providing guidance and leadership. His awards and medals include Bronze star second award, Meritorious Service Medal second award, Army Accommodation Medal third award, Army Achievement Medal fourth award, Iraq Campaign Medal with three stars, Air Assault Badge and Combat Action Badge.