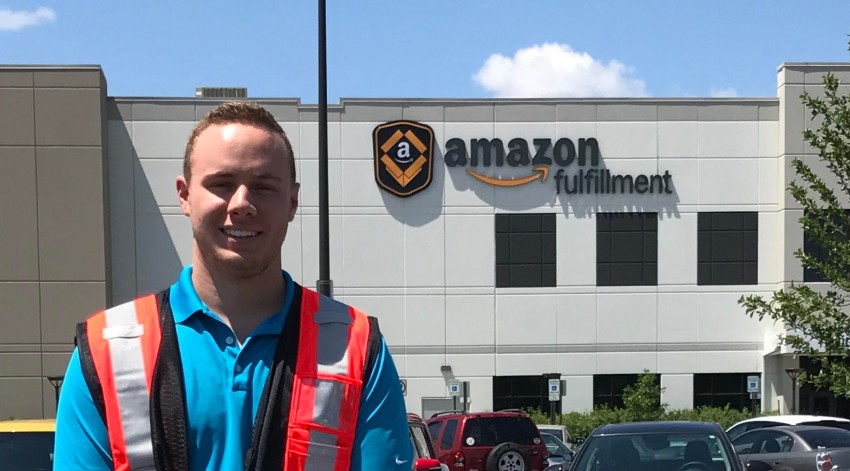 Integrated supply management graduate Justin Dudzinski, B.B.A.’17, is excited about his job at one of Amazon’s newest fulfillment centers. And who wouldn’t be? The 800,000 square foot facility in Etna, Ohio is packed with high-end technology, including robots. The robots in this cutting-edge fulfillment center collect products from their storage spaces and deliver them to human associates to fill customers’ orders.

In his role as area manager, Dudzinski supervises anywhere from 50-150 employees, depending on the time of year. His responsibilities include ensuring processes are followed, developing strategies to correct problems, and teaching associates to handle job responsibilities correctly and safely. He feels well prepared to tackle these new challenges thanks to his ISM coursework, experiential learning opportunities and internships.

During his first semester at WMU, Dudzinski followed in his dad’s footsteps and began studying engineering. His interests led him in another direction, and when he heard about the ISM program in his Introduction to Supply Management course he gained a new focus. “Switching to the ISM major is the best decision I ever made,” says Dudzinski. As an added bonus, the ISM curriculum includes a strong engineering component, so he can still talk “engineering” with his dad.

Toward the end of his sophomore year, he was ready to test his new logistics and supply chain knowledge and applied for an internship at Amazon. The challenging interview process included three rounds, with the last one being a video interview that included solving math problems to assess critical thinking skills. This ISM Bronco stood out from the competition and earned an internship at Amazon’s facility in Middleton, Delaware.

Gaining exposure to all aspects of the day-to-day operations, including reviewing work forecasts and productivity requirements; balancing labor; and participating in process improvement initiatives, helped Dudzinski see first-hand the application of the supply chain concepts he was studying. The real test came when two managers were out unexpectedly and he found himself running two shifts on his own. “Everything went really well,” says Dudzinski. “I learned the importance of communication and respecting the opinions of others.”

Dudzinski found himself back at Amazon for a second internship after his junior year. This time he headed to the Baltimore area. His Bronco work ethic, motivation and knowledge set him apart from the other interns. “A member of the management team remembered me from the summer before and told my manager to take the training wheels off,” says Dudzinski. “I appreciated his confidence in me, and I worked hard and never took the opportunity for granted.”

Dudzinski had 25 associates reporting to him in the quality department, but he still welcomed the opportunity to take on extra projects. For example, he took ownership of an inventory classification process and identified ways to efficiently correct defective records, such as non-perishable items that appeared in the system as expired. Over the course of one month, his team processed 147,000 units of inventory, which yielded a savings of $800,000 in vendor refunds. 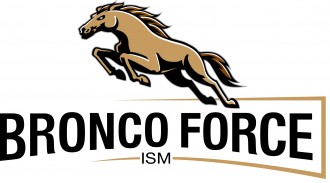 After two successful internships, it’s no surprise that Dudzinski headed into his senior year with a full-time job offer from Amazon. Not one to take it easy, he continued to push himself. Bronco Force, a program in which ISM students and faculty help solve critical supply chain issues for industry partners, offered him the perfect opportunity to do just that.

While in a management course on improving supply chain systems, his Bronco Force project work included a turn at Command Electronics in Schoolcraft, Michigan. After four weeks on the project team tackling Six Sigma process improvement opportunities, he was asked to take over as team lead—a role he kept two semesters.

Managing a team of four to six fellow students with the goal of creating and implementing standard work sequences for a new warehouse management system proved challenging. “The first round failed epically,” says Dudzinski. “But it taught us that training and buy-in are extremely important when implementing a new process or system.”

“Justin was an extremely valued team member at Command,” says Chris Campagna, vice president at Command Electronics. “He could jump right in on a mission-critical project and pick up where a previous Bronco Force team leader left off. He delivered excellent results for us in a very short amount of time.”

While at Command, one significant “ah-ha” moment came when Ken Jones, director of education and applied solutions, worked with him on the finer points of building a system of manufacturing error-proofing fixtures, better known as poka-yokes (a Japanese term for mistake proofing). Jones told Dudzinski to ask an associate to make a bad part. Telling him that if it is easy for the associate to do, that operation needs a poka-yoke to remove the capability. “That’s a simple approach and a great tool to take forward in my career,” says Dudzinski.

What does he see as he looks into the future? “For now, I just want to enjoy where I’m at and be the absolute best at what I’m doing,” says Dudzinski. There’s no doubt great things are in store for this ISM Bronco.