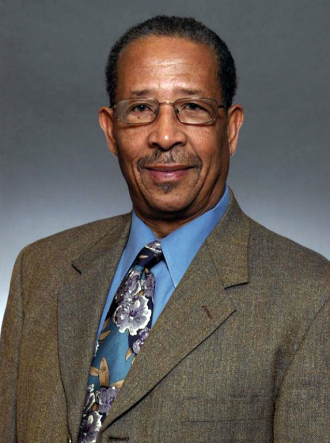 A midwife brought Dr. Lewis Walker into the world in a tin-roofed house in a rural area a few miles from Selma, Alabama. When he was five years old the family moved to Selma where he began his formal education at Clark Elementary School. He later attended Fairfield Industrial High School in a suburb of Birmingham, where he was the starting point guard on the basketball team and a halfback on the football squad. He was the valedictorian of his class and had a perfect attendance record throughout his high school days. He was later inducted into his high school’s hall of fame.

Growing up in a Jim Crow southern environment, however, intensified his desire to become an educated man; a man who would participate in the struggle against racial injustice in this country. His aspiration for a higher education was realized through a four-year scholarship from Wilberforce University (Ohio), and a William Green Memorial Fellowship from The Ohio State University, along with a Ford Foundation Dissertation Fellowship, which financed the completion of his doctorate degree in sociology. With a new bride and a newly minted Ph.D. from The Ohio State University in 1964, Walker accepted an offer to join the sociology faculty at Western Michigan University. It was at Western and in the city of Kalamazoo that he found an environment that allowed him to expand his activism in civil rights; supported his march with Dr. Martin Luther King, Jr., on King’s last march through Mississippi; applauded his scholarship as he author and co-author seven books and numerous scholarly papers and published articles; recognized his teaching excellence; and acknowledged his numerous workshops for teachers in Grand Rapids, Benton Harbor, Kalamazoo and other cities. These workshops were designed to better prepare classroom teachers to work effectively with African Americans and other minority youths.

Dr. Walker taught over 20,000 undergraduate and graduate students; as chair, guided his sociology department to be one of the strongest academic units on campus; served as a conflict mediator-investigator on sensitive race issues on campus; served on two WMU Presidential Search Committees that resulted in the hiring of the first African American, Dr. Elson Floyd, and the first female president, Dr. Judy Bailey; founded a black youth development program on the North Side; conducted the first police-community training program for police officers in Kalamazoo; chaired a task force whose work resulted in the city’s first civilian review board; served as a consultant or member on numerous boards dealing with issues of poverty and social justice, and much more.

His remarkable body of work at Western Michigan University and in the City of Kalamazoo manifested itself in numerous ways over more than three decades. In sum, Dr. Walker has both publicly and privately contributed unselfishly to the lives of countless individuals, groups, and organizations—locally, nationally as well as internationally. Internationally, he served as a consultant to a group of people of color in South Africa in their quest to reclaim lands that had been seized from them by the power structure during the apartheid era. This quest was prompted because a land reclamation commission was established in the post-apartheid era to provide ways and means for eligible individuals and groups to reclaim their land.