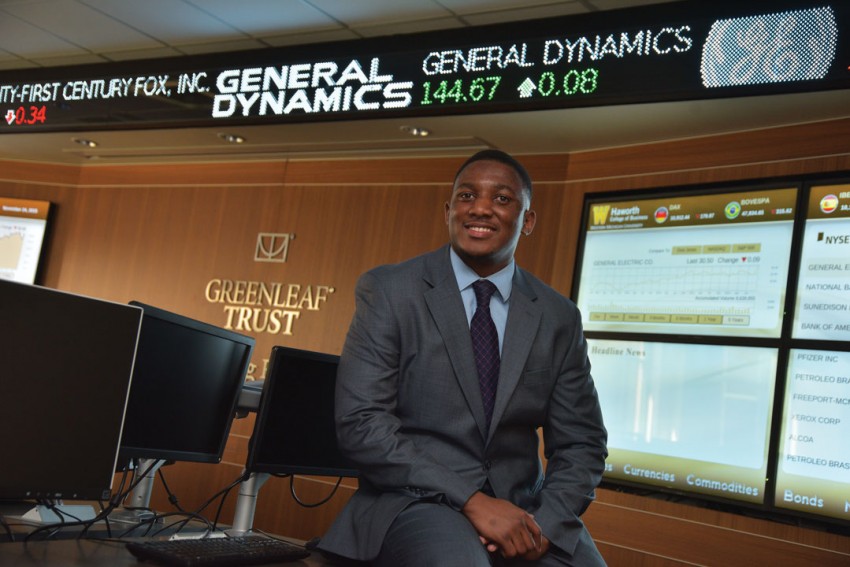 The language of a financial crisis is universal. Though each crisis differs in the details of why and how, the end result is the same—seismic shifts in a nation’s economy leading to personal repercussions in individual homes.

No one knows this better than Simba Chirara, a senior finance and entrepreneurship major and international student hailing from Zimbabwe. “I often explain to people that in Zimbabwe everyone was a millionaire,” Chirara notes. And indeed it was true. Due to a period of hyperinflation which crested during 2008 to 2009, Zimbabwe’s currency lost its value and prices skyrocketed. While the government was not keeping accurate records at the height of the inflation crisis, it is estimated that during the peak month of inflation, November 2008, that the rate was 79.6 billion percent. The price of bread reached $550 million.

Coming of age in a very unstable financial environment had a profound impact on Chirara who questioned how something like this can happen.

“Growing up in Zimbabwe when the  country was going through a financial crisis ignited a strong passion within me for finance, in the hopes that I could better understand how world markets and economies operate and also one day be  in a position to make a difference in my home country,” says Chirara. “Key issues  in our financial crisis were hyperinflation,  95 percent unemployment and a strong black market. I wanted to better understand how all aspects of an economy work together and decided that I needed to study finance and financial markets in depth to begin to uncover those answers.”

Taking that passion for finance to WMU, Chirara began his studies and rapidly became involved in many aspects of campus life including the rugby team, eventually being named captain; Lee Honors College; and Starting Gate, WMU’s student business accelerator.

The challenges that Chirara faced in coming to WMU were significant. Paying for school himself, he held down two jobs and worked several hours per week while also maintaining a full course load. He kept this schedule up for the first two years of his education but definitely felt the strain, both physically and emotionally.

Then, near the end of his sophomore year, he received a phone call that changed his life. Kim Dudley, a human resource specialist at Greenleaf Trust, contacted Chirara to let him know that he had received a Greenleaf Trust Scholarship, which he had applied for earlier in the year. The $10,000 renewable scholarship is awarded to just eight WMU finance students per year.

“I vividly remember the day I got the call about the Greenleaf Trust Scholarship,” says Chirara. “It was during my lunch break at one of my jobs. I had tears coming down my cheeks. I knew what this meant for me. Working two jobs, playing rugby and struggling to pay for my tuition was taking its toll on me and beginning to affect my schoolwork. Being awarded this gift lessened the burden on me and allowed me to focus more on my studies and make the most of the opportunities presented at school, and I am forever grateful for that. The Greenleaf Trust Scholarship allowed me to pursue my passion fully. It was a turning point.”

Chirara also earned one of the coveted Greenleaf Trust internships, where qualified scholarship recipients apply for the opportunity to work within the financial services firm. The rotational internship takes interns through all of the firm’s departments: operations, personal trust, wealth management and research. Interns gain an understanding of the role of each department and work on special projects.

Chirara now has experience in day-to-day account maintenance and procedures, creating plans for clients, account reviews, rebalancing portfolios, running simulations, researching potential stocks for the company’s portfolio, and several other aspects of financial services. He has also taken the chance to job shadow several individuals at Greenleaf Trust. “The internship has taught me how to carry myself in the professional world and given me a platform to apply the many concepts we are taught in class,” says Chirara. “Most importantly, the internship has shown me the importance of relationships and networking. I really value the relationships I have built at Greenleaf Trust.”

The relationships that Chirara has built at WMU have been a defining part of his educational experience as well. “What I noticed about Western is that the University is very committed to actively developing its students,” he says.

Chirara has encountered several mentors during his time at WMU. “I would not be here if it were not for the people who have been there to support me,” says Chirara. “The list is therefore endless. My rugby coach, Dr. Mark Allen, who recruited me to WMU, took me under his wing and has been a huge support for me throughout my time here, making sacrifices for me and guiding me. The advisors in the Haworth College of Business, and in particular Tomika Griffin-Brown, helped me with my academic plan and made sure I was always on track to graduate on time. Robert Stewart in the Career Center guided me in terms of my career path and my personal brand and also helped me in applying for the Greenleaf Trust scholarship. And then there are my professors. Those who have had the biggest impact are Dr. Matthew Ross who gave me knowledge of the financial world and life from his experiences and also Dr. John Mueller who made me curious again.”

“I cannot say enough good things about Simba,” says assistant professor of finance, Dr. Matthew Ross. “He excelled in my Introduction to Financial Markets course, connecting course concepts with the hyperinflation in his native Zimbabwe. He masterfully applied theory to practice during his internship at Greenleaf Trust. His enthusiasm for learning is unparalleled, seeking knowledge both within and beyond the classroom. And his drive to develop his skills and apply them to better his community is an inspiration. Simba’s work ethic is a model for us all.”

As for Chirara’s future, he plans to gain experience in the finance arena as either an analyst or advisor with the eventual goal of returning to Zimbabwe to make a difference. He also plans to nurture his passion for entrepreneurship, launching EZ Timeout, an easy-to-install temporary room divider that he developed in Starting Gate with his cousin Emmanuel Machena, also a Bronco, and he looks forward to future ventures.

“A seed has been planted in me, and it is my hope that it can grow and make a difference and that one day I can also be in a position to help other people like I have been helped,” says Chirara.

The language of a grateful heart is universal. With each beat it carries a promise of what is possible when gratitude meets action and when action meets opportunity. 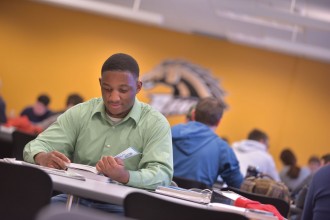 "Growing up in Zimbabwe when the country was going through a financial crisis ignited a strong passion within me for finance, in the hopes that I could better understand how world markets and economies operate and also one day be in a position to make a difference in my home country."
- Simba Chirara