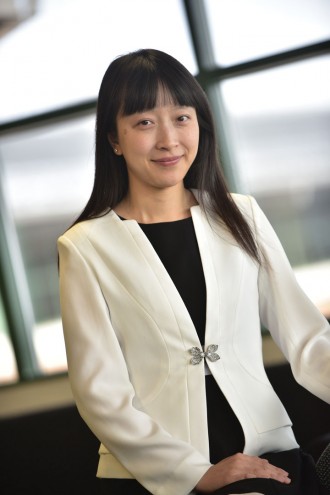 Physicist Brian Greene says that exploring the unknown requires tolerating uncertainty. While Greene’s words may focus on the structure of atoms or the properties of energy, they are also true for venture capitalists. In particular, those exploring new opportunities face uncertainty when investing in the world’s largest economy, China.

In 2001, $135 million in venture capital funds were invested in China; in 2010 that amount grew to almost $13 billion—a number that is expected to continue on this trajectory during this decade. And yet, according to research by Dr. Xiaodan (Abby) Wang, assistant professor of management, venture capitalists still face uncertainty and possible failure when entering China’s market. In her research, which she presented at the 2015 Academy of Management Annual Meeting, Wang explored the challenges and opportunities facing these venture capitalists.

One of the primary challenges is that business plans in China do not provide a complete picture of a company. According to Wang, Chinese firms generally trust only “insiders”—family members or those in their social circle—and are reluctant to have someone intervene. “In addition, the lack of transparency due to underdeveloped institutions and the fear of losing face, which is common in China, contribute to the difficulty for venture capital firms in obtaining critical information,” adds Wang.

Another significant impediment is overconfidence in strategies that brought success to venture capitalists in the U.S., which will often fail in China. These strategies are less likely to work well in countries such as China that have vastly different cultures and are in the process of undergoing significant institutional transitions. Wang found that the more success an organization has in the U.S., the more likely it is to adhere to a strategy that may not work well in China. In the U.S., venture capitalists may not devote exorbitant amounts of time on ventures that are less risky. But in China, Wang says a similar project requires investors to develop personal relationships and maintain regular and ongoing contact with a range of top and mid-level managers.

“It is beneficial for venture capitalists to understand the key differences in the cultural and institutional contexts between their home country and China,” says Wang. “But while adapting to the local conditions is important, it is important to emphasize this often necessitates the firm adopt vastly different strategies and activities that are in line with China’s unique environment.”

Wang describes a much improved venture capital environment, including reduced governmental restrictions on potential investments and decreased oversight. In particular, the creation of ChiNext (China’s equivalent to NASDAQ) provides startups and their investors with liquidity. An underdeveloped institutional environment and a lack of contract enforcement still represent a challenge to foreign venture capital firms and require that foreign venture capitalists build broad “guanxi”—social networks and influential relationships that facilitate business and other dealings—in order to succeed.

So what is Wang’s advice for succeeding in China’s VC markets?