Prominent psychologist to deliver lecture in honor of James Croteau 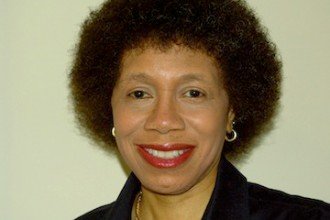 Dr. Beverly Greene, a professor of psychology at St. Johns University, will speak at 6 p.m. Thursday, April 6 in 1910 Sangren Hall. Her presentation, titled "Psychological Resilience and Vulnerability among LGBTQ People of Color," is free and open to the public.

Greene specializes in the role of institutionalized racism, sexism, heterosexism and other oppressive ideologies in psychology, as well as the practice of psychotherapy in organized mental health to facilitate social justice. Her work seeks to better understand psychological resilience and vulnerability in marginalized people and their use in psychotherapy. It also examines social privilege and marginalization via the development of multiple identity paradigms as more complex ways of understanding human identity.

Greene earned a bachelor's degree in psychology from New York University, master's and doctoral degrees in clinical psychology from Adelphi University, and was a doctoral fellow in mental retardation at the Mental Retardation Institute of New York Medical College. She has served on the editorial boards of numerous scholarly journals and is the author of nearly 100 publications in the psychological literature. Nine of those publications have received national awards as significant contributions to the psychological literature on women, women of color, sexual minorities, African American women and families.

Croteau, a WMU professor of counselor education and counseling psychology, died in September 2016 at age 59. He had been a member of the WMU faculty since 1990 and was nationally known for his research, training, clinical work and publications focused on racism awareness and racial healing as well as lesbian, gay and bisexual issues in the workplace and on college campuses.