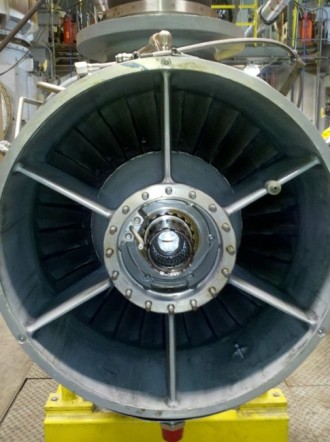 The power plant has seen many changes in its history—it has gone from being a coal-fired plant that supplied energy to the Kalamazoo Psychiatric Hospital in the early 1900s to being an efficient natural gas-fired plant that provides energy to all of Western Michigan University. Much of this change was due to the University's purchase of the plant in 1994, and the push from then-Vice President of Business and Finance Robert M. Beam to have a productive and environmentally friendly plant. For his efforts, the plant was named after Beam in 2007.

The plant is staffed by a small number of hardworking employees who work together to keep the planting running constantly.

The plant's primary source of energy is 275 psig high pressure natural gas, purchased from Consumers Energy. In case of emergencies, the plant has a limited supply of oil to use on boilers 9 and 10 as a backup. The water used to create steam comes from the city of Kalamazoo. 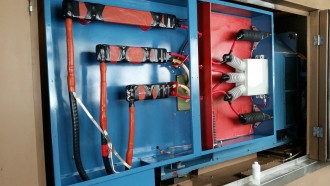 Steam is generated at 200 psig, 480 degrees Fahrenheit superheat through three boilers and two heat recovery steam generators and is reduced to 60 psig through a steam turbine or two reducing stations for distributions to campus and the Kalamazoo Psychiatric Hospital. Steam is further reduced to five psig for internal plant use for the deaerators, hot lime system and steam turbine feed pump as well as a separate heating line to the hospital.

Western is classified as a "non utility generator" and sells back to consumers any excess electricity generated at approximately 2-3 cents per kilowatt-hour—Consumers' marginal cost of electricity production.

A hot lime system is utilized in conjunction with anthracite filters and zeolite softeners to achieve zero hardness makeup water to the boilers. The 800 gallons per minute capacity of the system is capable of full 100 percent makeup.

Approximately 85 percent of the steam sent out is returned to the plant as condensate and directed to the deaerators.

A diagram of the power generation process in the power plant