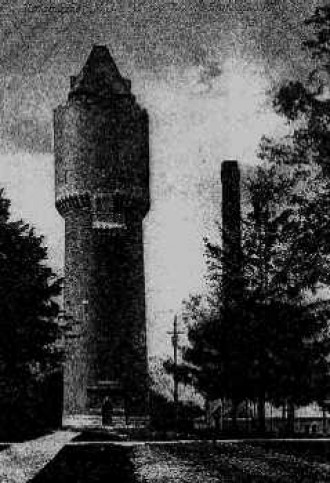 The central power plant was first constructed in 1924 as a coal-fired plant to serve the Kalamazoo Psychiatric Hospital. In the mid 1930s, service from the power plant was extended to Western's East Campus to provide steam for Spindler Hall, Oakland Recital Hall and Walwood Hall. Prior to this time, steam for East Campus was provided through a small power plant operated by Western at what was known as the Upholstery Shop located on Oakland Drive directly across from the Seelye Center and which is still in use today.

One of the great energy stories of Western is how through their aggressive energy management program, steam trap monitoring, building envelope and system upgrades—despite have added nearly two million square feet of new building space since this time—the peak steam demand (currently 195,000 pounds per hour) is now a third less than it was at its peak! This has saved the University millions of dollars in costs for larger boiler equipment had our steam requirements expanded along with our campus size.

The power plant was exclusively a coal burning facility during this time, with over 50,000 tons of coal brought in annually on rail cars, unloaded and stored on site in what used to be the coal pile area on the south side of the plant. In 1991, environmental requirements forced the conversion to natural gas on the small boilers and partial capacity on large boilers 5 and 6. This side wall gas burner can still be seen on boiler 6, the one remaining boiler in operation (emergency back up only) from the days of Kalamazoo Psychiatric Hospital plant operation. Coal burning was totally discontinued in 1999.

With the growth of Western and the decline of the hospital, 95 percent of the output of the plant went to Western from a plant that was not being adequately funded or maintained. In November 1994, responsibility and operation of this aging coal-fired facility officially transferred to Western Michigan University under the stewardship of then-Vice President of Business and Finance Robert M. Beam. The plant was later named in 2007 in his honor for his visionary leadership and determination to see it evolve into one of the most efficient, best operated and environmentally compliant power plants in the state. Beginning with major upgrades in 1994 and continuing to today, follow are some of the many accomplishments under the leadership of Robert M. Beam then and present leadership today:

$21 million, as well as much time and energy, was invested to make the plant safe, reliable and efficient. Some of these changes include: