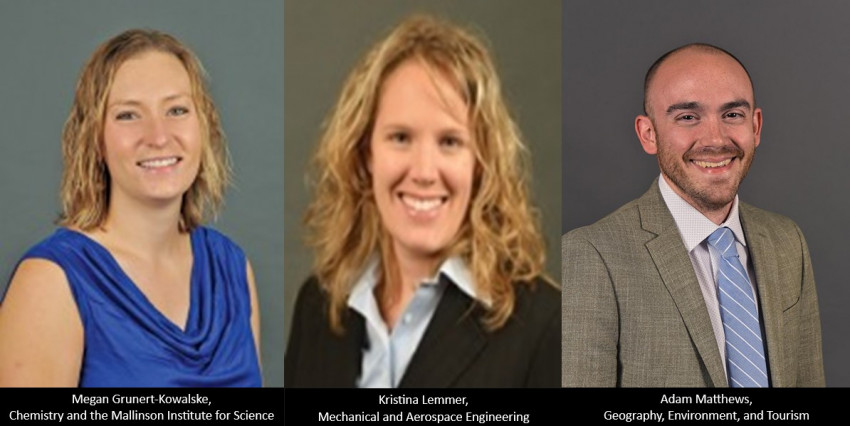 As recipients of the Emerging Scholar Award, Grunert-Kowalske, Lemmer, and Matthews join 22 faculty members who have received the accolade since it was established in 2006.

The Emerging Scholar Award program was launched in late 2006 to acknowledge the accomplishments of WMU faculty members who are among the rising stars in the U.S. higher education. This award recognizes the scholarly or creative achievements of outstanding colleagues whose accomplishments are evidence of great potential for scholarship or creative work. Eligible faculty are all those current, continuing, full-time, Board-appointed, tenured persons with faculty rank and in good standing, who were tenured no earlier than January 2016. Untenured faculty members are ineligible.

Call for 2022-23 nominations will be determined at a later date.

The Emerging Scholar Award Nomination forms need to be submitted electronically through webform (below) to faculty-development@wmich.edu