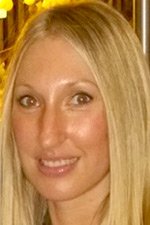 Courtney is general manager of Jimmy Choo’s global flagship store on Madison Avenue in New York City. Moving to New York was “the scariest thing I ever did, but I could never imagine any other choice as I love what I do and where I am in my career.  Before I came to WMU, I was a small town girl, dreaming of working in the fashion industry. Now, I’m living that reality!”

Courtney began her career after graduation as an assistant manager for Club Monaco. Her success at Club Monaco led to several promotions, eventually leading her to New York City. She continued to build her leadership skills in management positions at Tory Burch and Juicy Couture in NYC. Her management successes led to her current position at Jimmy Chou, where she oversees all aspects of the multi-million dollar business, including leading the store team, managing operations and assisting in store buys. Courtney loves the ownership she feels in her job. “I have to be a true entrepreneur,” she explains. “The most important thing is that I love what I do and the inspiration am able to share with my team.”

While studying at WMU, Courtney was a member of Alpha Chi Omega sorority. Although she initially planned to pursue a career in visual merchandising after graduation, she found that she enjoyed interacting with customers and had a talent for leadership. Her advice to prospective fashion professionals is to “live your dreams and take chances no matter where it takes you.”

Back to alumni profiles