The Heidelberg Institute for International Conflict Research (HIIK) provides data and maps on the emergence, dynamics and settlements of various conflicts around the world. Their Conflict Database includes a detailed description of each conflict, as well as general information such as intensity of the conflict on a scale of 0 to 5, change in the conflict, start year, conflict parties involved, items of conflict (i.e. resources, power, system/ideology, territory, etc.) and types of conflict (i.e. substate, intrastate, interstate, etc.). Their other resources include the Conflict Barometer and static maps.*

This is an open data source that is for public use.

How to retrieve data by example

Suppose you are trying to gain more information on different conflicts occurring within a state. Specifically, you would like to obtain some information on intrastate conflicts revolving around resources in Asia that have occurred any time from 2010 to present. The data file format does not matter to you. 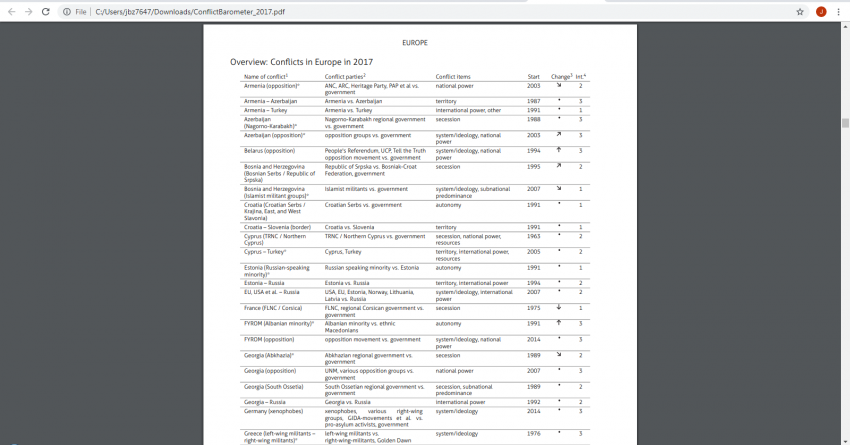 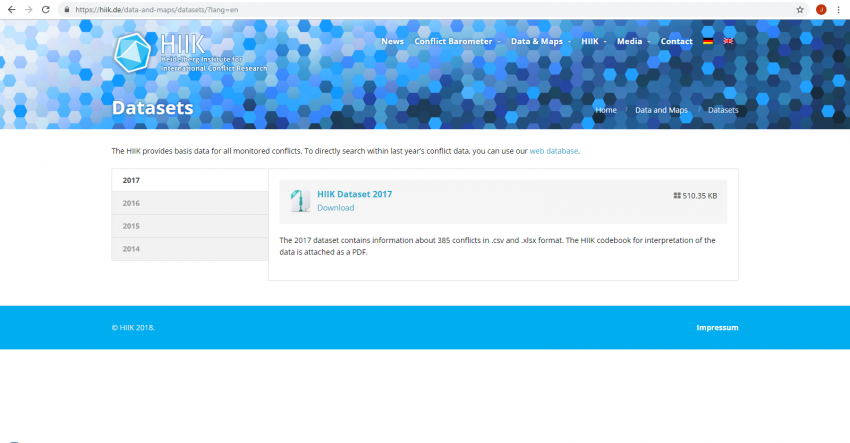 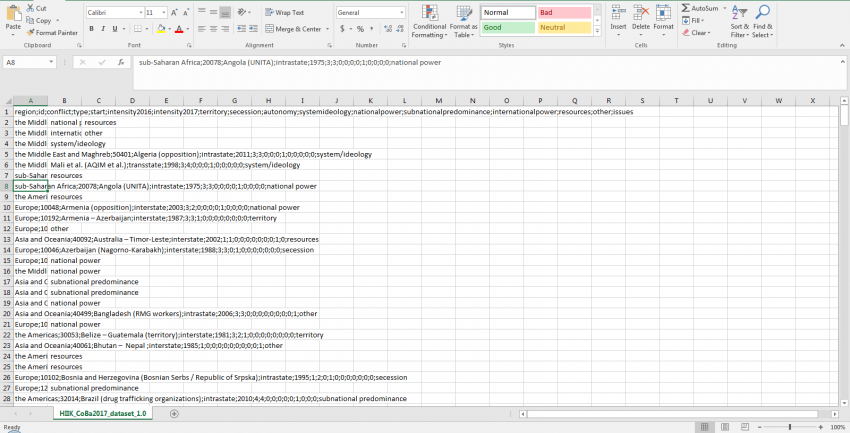 You should now have access to information on different conflicts around the world for various years.