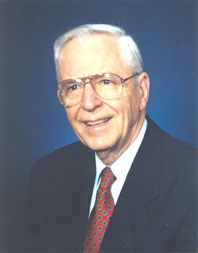 Dr. Ernst A. Breisach, long-time professor of History and chair of the department from 1967 to 1989, passed away in Kalamazoo on November 25 at the age of 93. Ernst was instrumental in establishing the modern foundations of WMU’s Department of History with its current focus on multiple undergraduate and graduate programs. His scholarship in the field of historiography was internationally recognized.

Born in Schwanberg, Styria, Austria in 1923, Ernst came of age during Adolf Hitler’s rise to power. He served in the German Army on the Eastern Front, and was seriously wounded while fighting against the Soviet Army. He convalesced in Austria for months. He earned a Ph.D. in History at the University of Vienna in 1946 as well a Dr.rer.oec (Ph.D. in Economics) from the Wirtschaftsuniversität (University of Economics and Business) in Vienna, in 1950. From 1946 to 1952, he taught history and geography at a Realschule (secondary school) in Vienna.

Ernst first came to the United States in 1951-1952 on a Fulbright Fellowship to study the American higher education system. He then was hired by Olivet College in 1953 and achieved the rank of associate professor of History. In 1957, Ernst accepted a position as an associate professor with Western Michigan College of Education’s Department of History. (Western was known as Western Michigan College of Education from 1942 until 1957 when it became Western Michigan University.) He was also offered a position with Michigan State University’s Department of History in that year, but chose Western instead. Ernst became a full professor of History in 1963. During the decade from 1957 to 1967, when Ernst became chair of the department, Western’s enrollment roughly tripled from around 5,000 to 16,000 students. The department’s faculty increased from 12 to 35 members.

During Ernst’s tenure as chair of the Department of History, which was two years longer than Smith Burnham’s from 1919-1939, the department initiated nearly all of the programs that currently exist, with the exception of the Ph.D. program.  In addition to the long-standing support for teacher training—in 1966, WMU ranked second among all colleges and universities in the nation in the total number of certifications for teaching—the department added a major and minor in Public History in 1981, making it one of the very few colleges and universities with an undergraduate focus in that field of history. In addition, the M.A. program primarily served the area’s teachers during an era when Master’s degrees were still required for secondary school employment.

In addition to his teaching and chair responsibilities, Ernst was a prolific and highly acclaimed scholar. He authored or edited seven books—three of which were published during the period he was chair—as well as more than a dozen articles, and numerous book reviews and encyclopedia entries. Although he began his career as a scholar of the Italian Renaissance, his most well-known work focused on the field of historiography. Historiography: Ancient, Medieval, and Modern, first published by the University of Chicago Press in 1983, has been reissued in three editions and multiple translations. It is widely considered the standard book in the field of historiography. Indeed, many historians know it as a fundamental part of their graduate education. After he retired in 1996, Ernst wrote another highly regarded book in the field of historiography, On the Future of History: The Postmodernist Challenge and Its Aftermath (University of Chicago Press, 2003).

In addition to his Fulbright award, Ernst was a recipient of the Michigan Association of Governing Boards’ Academic Excellence Award in 1988 and a fellowship from the National Endowment for the Humanities in 1989-90. In 1983, Ernst was one of the first recipients of the WMU Distinguished Faculty Scholar Award, and for 28 years he took great pride in chairing the committee responsible for selecting the award winner. Indeed, he was serving on that committee at the time of his death. After stepping down as chair, Ernst served as president of Cistercian Publications. In 1998, he was one of six WMU faculty honored for their scholarly achievements as founding members of the WMU chapter of Phi Beta Kappa national honor society.

Among his many university-wide service commitments, Ernst took special pride in his thirty years of service on WMU’s Faculty Senate and, especially, his chairing of the former Organization of Chairs of All Academic Departments. He also chaired the WMU Assessment Committee and helped to established a revised General Education curriculum.

Ernst was truly a towering figure in the WMU community. He was consistently charming and witty even in his last years when health problems began to finally slow him down.  The Department of History will miss him greatly.
MLive Obituary in the Kalamazoo Gazette

In 2007, the Department of History celebrated the career of Dr. Ernst Breisach with a symposium titled "Experiencing History/Writing History." The videos highlight the major talks by Ernst Breisach and David Barclay presented at the event.