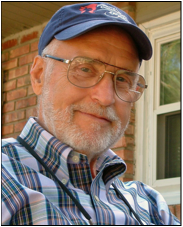 Thirty-seven years after founding his successful lumber brokerage businesses in Dowagiac, Cook completed his B.A. in history at Western Michigan University in 1996 and retired.

Throughout his lifetime, Cook was an active student, collector, author and patron of local history projects, with a particular passion for the history of arms and armor. In 1967, Cook donated his impressive collection of military artifacts from the Philippines to Southwestern Michigan College, assisting in the establishment of the SMC Museum. The Filipino collection was eventually returned to Manila where it resides in the National Museum of History. Cook sold the military portion of his Major General H. H. Bandholz library to the Pritzker Military Library in Chicago. Over the next several decades, Cook served as a member of the SMC museum’s advisory committee, regularly donating historic materials and assisting in the development of multiple exhibits throughout Michiana. Prior to his death, the Cooks donated their extensive 17th, 18th and 19th century arms collection and library to Fort Ticonderoga.

Cook’s wife, Barbara, shared his passion for history. Together, they co-authored a number of books and articles on a variety of topics, including books on the local communities of Dowagiac, Sumnerville and Pokagon. The Cooks also wrote a book-length study of the M-1 carbine rifle, widely used during the Second World War and mass-produced in Southwest Michigan. The Cooks were also jointly involved in the ongoing WMU archeological work at Fort St. Joseph in Niles, Michigan.

Cook passed away on August 7, 2009, but the legacies he and his wife have contributed to local communities, institutions and students of history will continue to have a lasting impact on Southwest Michigan. Barbara Cook accepted the Alumni Achievement Award on his behalf.