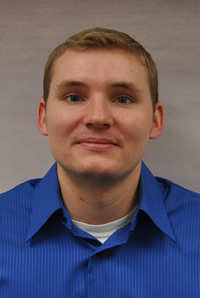 Peter Dobek, doctoral candidate in the Department of History at Western Michigan University, received a Fulbright Award to conduct research in Cracow, Poland during the 2015-16 academic year.

Peter’s dissertation examines public houses—inns, taverns, alehouses—during the Jagiellonian Dynasty (1385-1572) in the city of Cracow and its immediate surroundings, as important nodes of society, politics, economics, gender relations and culture. His project draws on manuscript sources in the archives and libraries in Cracow, including the National Archives.