Werner G. (Vern) Marten '68, a native of Berlin, Germany, came to Western Michigan University in 1966 as one of three exchange students from the Pädagogische Hochschule (Teacher’s College) which is now part of the Freie Universität of Berlin. As a young man wanting to know “what made America tick,” he found one year too short, so decided to stay on with generous scholarship support from WMU and an assistantship in the Department of History, during which he conducted research for Dr. Richard Burke. 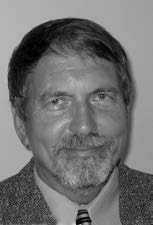 He also held off-campus jobs at Langeland Funeral Home in Kalamazoo, Weyerhauser Papermill in Plainwell (now closed) and at KALSEC, an extract manufacturing company in Kalamazoo. Marten graduated with a Bachelor of Arts in history/liberal arts in 1968.

He remembers WMU as demonstrating the America he began to love at its best. Many professors and support staff created fond memories to last a lifetime. These included Ernst Breisach, Howard Mowen, John Houdek and Richard Burke. He recalls their generosity, enthusiasm and competent leadership and says they proved to be wonderful role models for him. One of Marten’s early college job connections started his life-long career in extracts and flavors, which led to a life of coast-to-coast travel in America and worldwide, in the pursuit of pleasing people’s taste buds.

Werner retired in 2002 as vice president in sales and marketing from an international flavor manufacturer. He and his “girl from Kalamazoo,” the former Nicki Taylor of Portage, live in Lancaster County, Pennsylvania. Marten now enjoys spending time with their four children and eight grandchildren, working in his garden, reading all the books he could not read while working full time, and devoting as little time as possible to his consulting business.