The Carnegie Classification of Institutions of Higher Education has been the leading framework for recognizing and describing institutional diversity in U.S. higher education since 1973. This framework has been widely used in the study of higher education, both as a way to represent and control for institutional differences, and also in the design of research studies to ensure adequate representation of sampled institutions, students or faculty.

For the 2015 update, Western Michigan University considered and selected peer institutions based on their relative similarity in the following categories:

Based on the previously described selection system and input from WMU senior leadership, the following 15 institutions were chosen as those that most resemble Western Michigan University. 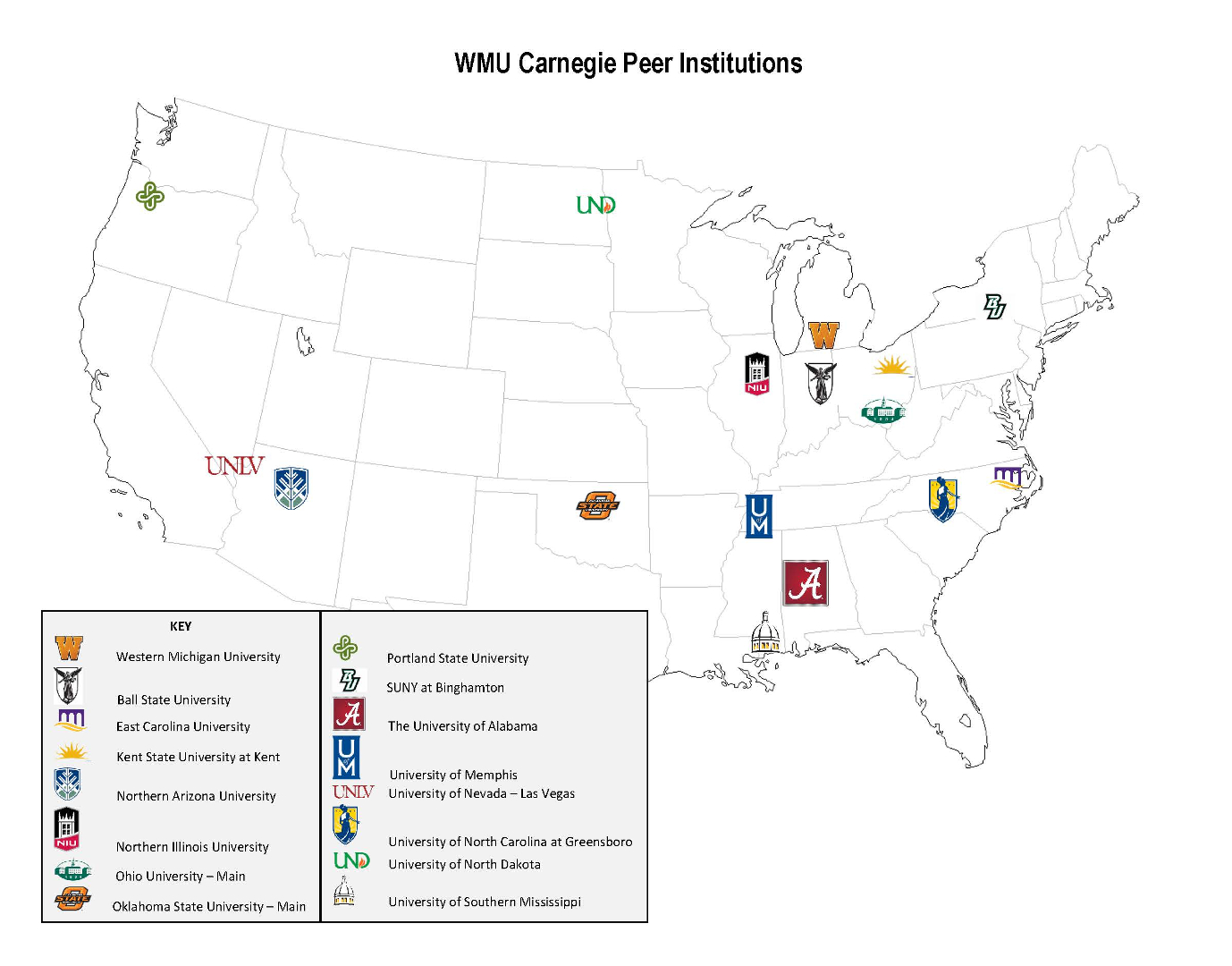