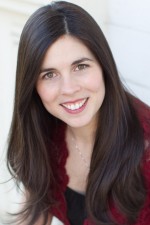 Adams has earned numerous accolades throughout her career. Under her direction, the University Chorale at Western Michigan University received 2nd place in the 2013 American Prize, a national music competition. In the same year, Chorale was featured in an award-winning, nationally-aired commercial for the university. In spring of 2014, the same choir, with Adams conducting, premiered Paul Lansky’s cantata, Contemplating Weather, and recorded the piece for Bridge Records. That album was released in spring of 2015 and is available through iTunes, Amazon, and other international retail distributors. Under her direction, the WMU Chorale was selected to perform at the Michigan ACDA State Convention, the Michigan Music Conference, and the ACDA Regional Conference in Chicago. University Chorale’s latest album, Ex corde, was released in June 2016 and is available internationally for purchase and streaming. In 2015, Adams was named a Conducting Fellow in the ACDA International Conductors Exchange Program with Sweden. She has presented at World Choral Symposium in Spain and Nordic Choral Conference in Sweden (with Dominick DiOrio of Indiana University), the National Collegiate Choral Organization (NCCO) conference, the Michigan Music Conference, and MSVMA’s Summer Workshop. She guest conducted and given workshops to choirs in several countries and multiple U.S. states. As a graduate student, she received 2nd Prize at the American Choral Directors Association national conducting competition.

Adams holds a Bachelor of Arts degree in religion from Oberlin College and a Bachelor of Music degree in vocal performance from Oberlin Conservatory, where she studied voice with Lorraine Manz and conducting with Hugh Floyd. She received the Master of Music degree in choral conducting from the Yale School of Music, where she studied with Marguerite Brooks and Simon Carrington. Adams earned her Doctor of Musical Arts degree in choral conducting with a minor in music theory at the University of Wisconsin-Madison, studying with Beverly Taylor and Bruce Gladstone. Additionally, she participated in the Oregon Bach Festival conducting master class with Helmut Rilling and was a fellow in orchestral conducting at the Conductor’s Institute at the University of South Carolina with Paul Vermel.

An active member of the American Choral Directors Association, Adams has served as the Massachusetts ACDA Repertoire & Standards Chair for Women’s Choirs and the South-Central-Lower Area Representative for Michigan ACDA. She is currently the College & Student Activities Chair for Michigan ACDA. She is also a member of the Michigan School Vocal Music Association, Chorus America, the National Collegiate Choral Organization, and is President of WMU’s Pi Kappa Lambda Chapter. Adams is highly praised for her energetic, positive, and insightful work as an honor choir conductor and is a sought-after guest conductor, clinician, and adjudicator.