KALAMAZOO, Mich.—Whether in the lab, in the air or far beyond Earth's orbit, Western faculty members are blazing trails and inspiring change in their fields of study.

The University celebrates these rising stars in higher education annually with the Emerging Scholar Awards. Drs. Megan Grunert Kowalske, chair of the Department of Chemistry; Kristina Lemmer, associate professor of mechanical and aerospace engineering; and Adam Mathews, associate professor of geography, are the 2021-22 award recipients.

“Recognizing talented and innovative young leaders with our highest early career award, the Emerging Scholar Award, is critically important to our University, community and their professional fields. Their contributions advance knowledge and push boundaries of our understanding," says Dr. Jennifer Bott, provost and vice president for academic affairs.

Recipients are nominated by their peers for scholarly or creative achievements that have advanced knowledge and shown impact beyond their discipline and show great potential for future work.

"It’s clear their futures as investigators and faculty members continue to shine brightly, and I’m very grateful that they have chosen to do their work at Western Michigan University,” Bott says.

The newest class of Emerging Scholars will be recognized in a ceremony Thursday, Sept. 30, at 3 p.m. in Floyd Hall room D0109. The event is the first in the Academic Excellence Awards Series, a new tradition that continues the former Fall Convocation all semester long. More information about upcoming events is available online.

Everyone deserves a seat in the lab. Dr. Megan Grunert Kowalske is leading the charge to diversify chemistry and other science fields. Her extensive work focuses on identifying sociocultural factors that affect the learning and career choices of groups typically underrepresented in STEM fields.

"Through her research, she has made significant contributions on understanding some of the most critical dynamics that lead to student performance in the science classroom," says Dr. Sherine Obare, dean of the Joint School of Nanoscience and Nanoengineering in North Carolina. "She has developed strategies to help educators implement practices that lead to student success and achievement. She has also worked on developing practices that students are able to use to strengthen their science identity, so they can succeed with confidence as learners."

Named chair of Western's Department of Chemistry in July 2020, Grunert Kowalske is the lead on a nearly $1 million National Science Foundation S-STEM grant aimed at fostering a sense of belonging and fostering the success of chemistry and biochemistry transfer students at Western. She is also the principal investigator on a $1.25 million National Science Foundation grant exploring the science identities, social networks, and sense of belonging of STEM doctoral students from historically excluded groups.

"I remember the first time I became aware of Megan and the research that she is doing. I was contacted by a senior researcher in the field of chemistry education who said, 'Look out for Megan. She's sharp. She's going to be a leader in our field,'" says Dr. MaryKay Orgill, professor of chemistry and biochemistry at the University of Nevada, Las Vegas. "I soon learned that Megan has not only a passion for empowering those who are traditionally underrepresented and underserved in STEM education, but that she has a unique ability to sensitively communicate the needs and voices of those communities to others."

Grunert Kowalske is also an advisory member for an NSF-ADVANCE grant as well as an iChange committee member for an NSF-ASPIRE grant at Western. Her work has been internationally recognized in a number of high-impact journals such as the Journal of Chemical Education; International Journal of Education in Mathematics, Science and Technology; Chemistry Education Research and Practice; Journal of Diversity in Higher Education; and the International Journal of STEM Education. Several more publications are currently in the review process. It's a body of work that her peers say only scratches the surface of the impact she will have on the field.

"The findings of Megan’s research can inform institutional change that has the potential to significantly and positively affect the lives of many students in the future and is, therefore, essential," Orgill says. "If I think about the people who REALLY change a field, they are those who provide a new way of thinking about or examining an issue. Megan’s development of methodologies for examining diversity-related issues in STEM education will continue to influence STEM education for years to come."

Dr. Kristina Lemmer's work is taking plasmadynamics and spacecraft propulsion to new heights. As one of the most prolific, externally funded researchers at Western, she has secured 14 major research grants since arriving at the University in 2012 worth more than $3.5 million from sponsors such as the Department of Defense (DOD), National Science Foundation and NASA. She has also been awarded faculty research fellowships at the Air Force Research Laboratory and the Jet Propulsion Laboratory as well as receiving the prestigious Air Force Office of Scientific Research Young Investigator Award in 2014, a grant only given to individuals the DOD believes to have highest research potential.

"Dr. Lemmer's research has significant and broad impacts in the areas of transportation, energy and national security," says Dr. Claudia Fajardo-Hansford, associate professor and director of Western's Combustion and Flow Research Laboratory and Center for Applied Vehicle Design and Simulation. "Over the span of my professional career, I have met few faculty with the level of drive, determination and unwavering commitment to research demonstrated by Dr. Lemmer."

In addition to her outstanding promise in the field, she's also made a huge impact on the future of aerospace engineering by guiding a number of graduate researchers into careers.

"Particularly compared to her colleagues' students that I hire out of other competitive laboratories such as Princeton, Michigan, Washington and Reno, the students from Western tend to excel in practical technical methods," adds Dr. David Kirtley, CEO of Helion Energy. "Professor Lemmer and the Aerospace Laboratory for Plasma Experiments, which she founded at Western, produce world-class technical research and they are my go-to resource for quality engineering hires who influence beyond the space propulsion community." 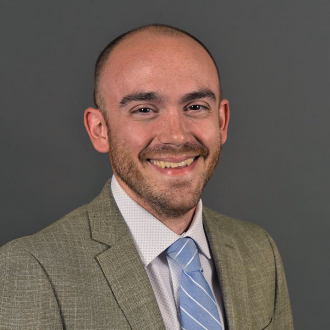 Dr. Adam Mathews' work is putting Western on the map when it comes to geographic information science, specifically in examining environmental problems through drone-based, low-altitude remote sensing. His research focuses on digital mapping technologies and advances methods to process and analyze geospatial data.

"The urban remote sensing research ... impacts fields beyond geography such as urban planning, environmental science, computer science, sociology, etc.," adds Dr. Son Nghiem, a senior research scientist at the NASA Jet Propulsion Laboratory, who has collaborated with Mathews. "In particular, his contributions in the 4D urban research have been considered a breakthrough in the science community crucial to conducting comprehensive analyses of urban areas to capture environmental and socioeconomic changes."

"Adam has an outstanding record of achievement as an early career academic researcher, clearly advancing new knowledge that has real-world impact with an international reach. He is on a trajectory toward becoming a leading researcher in his field," says Andrew Hall, director of the Institute for Land, Water and Society at Charles Sturt University in Australia.

In addition to advancing knowledge in the field, Mathews is also inspiring the next generation of geographers through a grant from the American Geophysical Union, introducing topographic mapping using drones to middle school students.