For the past several years, Josh Koenig has been involved with the creation of a six-episode PBS documentary. Along with Dr. Lemont A. Dobson from Missouri State University and Dr. Andrew Devenney from 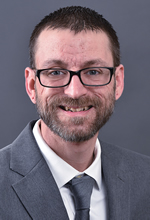 Central Michigan University, Josh co-authored and co-produced the second season of America From the Ground Up. Consisting of six parts, season two is an ethnohistorical examination of the Spanish colonization of the American West. You can stream the entire series on the PBS website. Several grants have helped to fund the project, including one for $50,000 from the Missouri Humanities Council.

Congratulations, Josh, on this achievement.