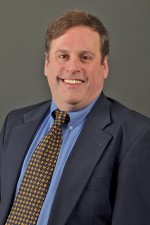 Robert Berkhofer is Associate Professor of medieval history at Western Michigan University. He is also currently Deputy Director of the Medieval Institute. In summer 2021, he co-led a National Endowment for the Humanities summer institute for Higher Education on “Law and Culture in Medieval England, 600-1300.”

Dr. Berkhofer's research explores transformations in writing and power, including record-keeping, notions of authenticity/forgery, legal ideas, and how literate practices changed rule and wealth, as well as their broad effects on society and culture. It has often focused on archival documents of monastic scriptoria and princely chanceries, and how to evaluate them as evidence of mentality. He is currently exploring various aspects of historical writing, including possible comparisons between medieval European histories and those from other parts of the premodern world. 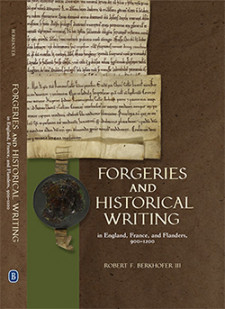 Monastic scribes frequently rewrote their archives, using charters, letters, and narratives, to create new usable pasts for claiming lands and privileges in their present or future. Such imagined histories could also be deployed to "reform" their community or reshape its relationship with lay and ecclesiastical authorities. Although these creative rewritings were forgeries, they still can be valuable evidence of medieval mentalities. Indeed, monastic forgeries and histories show a desire to rewrite the past to promote monks’ interests in the present and future. 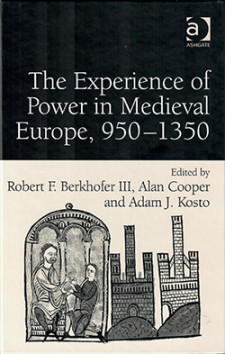 The Experience of Power in Medieval Europe, 950-1350. Co-edited with Adam Kosto and Alan Cooper. Aldershot: Ashgate, 2005. Now available from the Taylor and Francis group at Routledge.

This collection considers how medieval people of all sorts experienced power for better or worse. It contains seventeen articles under three thematic headings: The Use of Power, Power Relations, and Discourses of Power. 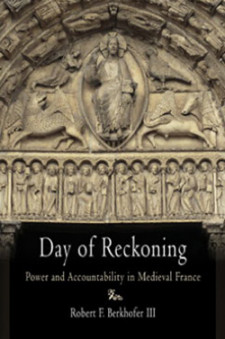 Uses approaches to literacy, legal studies, memory, ritual, and the manorial economy to reexamine the transformation of medieval power. Highlighting the relationship of archives and power, it draws on the rich documentary sources of five of the largest Benedictine monasteries in northern France and Flanders, with comparisons to others, over a period of nearly four centuries.

He has also published articles and chapters on a variety of topics, including abbatial lordship, a decretal of Pope Alexander III, inventories, and the marriage of unfree persons. For further details see his short cv.

Since arriving at WMU in 2001, Dr. Berkhofer has taught a wide variety of courses, including graduate courses for History and Medieval Studies students, advanced courses for History majors and minors, and general education/Western essential studies courses for students from across the university.

He advises masters and doctoral students in medieval history and medieval studies who focus on the central Middle Ages in northwestern Europe, especially those interested in literacy, power, monastic reform, or historical writing. Graduate courses he has taught include readings seminars on “Rulers and Regions in Medieval Europe, 900-1300,” “Medieval France,” “Medieval Social History” and the “Medieval Proseminar” which is an introduction to medieval historiography for students in Medieval Studies and History. Research seminars include “Writing and Reckoning in Medieval Europe,” “Medieval Historical Writing, 900-1300” and “Law and Power in Medieval England.”

In all his undergraduate teaching, whether it is lecture or discussion, offered in person, online, or in a hybrid format, he tries to engage students with sources from the past. He encourages close reading and examination of texts and objects to develop critical analysis skills which are transferable to life beyond the classroom.

For general undergraduate audiences, he teaches Hist 1000: The Early Western World and Hist 3600: The Medieval World: Society and Culture. Topical classes for advanced undergraduates he has offered include: Hist 3606: The Transformation of Medieval Europe, 1000-1500, Hist 3611 The Crusades: East Meets West, Hist 4495: Early European Family, and Hist 4495: Power and Society in Medieval Europe.