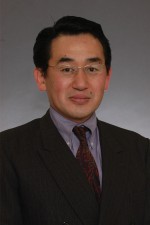 Takashi Yoshida is Professor of History and Director of the Michitoshi Soga Japan Center at Western Michigan University.
Courses he teaches include:

In the past years, his research has focused on war and memory in the Pacific. In his first book, he examined how the perceptions of the Nanjing Massacre evolved in history writing and public memory in Japan, China, and the United States from 1937 to the present. In his second, book, he examined various pacifism movements among ordinary citizens in postwar Japan and war/peace museums in China, Japan, and South Korea.  Both studies were sponsored by the Weatherhead East Asian Institute of Columbia University.