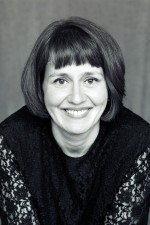 Professor of Bassoon at Western Michigan University, Gwendolynn (Wendy) Rose teaches bassoon, chamber music, and music theory, and has served as Woodwind Area Chair. She has been on the faculty at the Interlochen Arts Camp All-State Orchestra Program and is currently the Woodwind Coordinator for the Adult Chamber Music Camp. She also taught and performed at the Hot Springs Music Festival (Hot Springs, AR), the National Music Camp (Parry Sound, Ontario, Canada) and was invited to teach at the InterHarmony Music Festival (Tuscany, Italy). Rose was recently awarded the WMU College of Fine Arts prestigious Dean’s Teaching Award, and has mentored many students who have gone on to prominent graduate programs and positions in schools, colleges and orchestras. Her students have attended summer festivals in the United States, Canada, Latin America, and Europe, and one of her undergraduate students was awarded first prize in the 2013 Young Artist Competition of the International Double Reed Society (IDRS). Frequently invited to present master classes at colleges and universities in the United States and abroad, she taught most recently at conservatories in Ho Chi Minh City, Vietnam, Bogota, Colombia as well as Wuhan and Chengdu, China.

On the concert stage, Rose is widely recognized as an accomplished chamber, solo and orchestral musician. She has been a member of the Western Wind Quintet since 1993, performing recitals throughout the USA, Canada, Belgium, Honduras, Colombia and China. With hornist Paul Austin of the Grand Rapids Symphony, she is a member of RAD (Rose/Austin Duo) and is heard throughout the Great Lakes region. Rose is resident bassoonist with the Saugatuck Chamber Music Festival, a regular guest in the Grand Rapids Symphony’s bassoon section, and is Principal Bassoon with the Battle Creek Symphony Orchestra. As Principal Bassoonist of the Windsor Symphony Orchestra (Ontario, Canada) from 1991–2002, Rose appeared frequently as a soloist with the orchestra, including national broadcasts on CBC Radio and a recording from the Glenn Gould Studio in Toronto, Canada. A former member of The National Ballet Orchestra of Canada, she also has performed as a guest in the bassoon sections of many orchestras including the Detroit Symphony, the Toronto Symphony, the Vancouver Symphony, the Winnipeg Symphony, and the Utah Chamber Orchestra. She has performed at Stratford Summer Music (Ontario, Canada), the Spoleto Festival (Charleston, South Carolina and Spoleto, Italy), the Banff Festival of the Arts (Alberta, Canada), and was selected to be a fellow at the Tanglewood Music Center. Rose performs regularly at conferences of the IDRS, including festivals in Banff, Canada, Arizona, Ohio, and Wisconsin.

Rose received degrees in bassoon performance from the University of Toronto (B.M.) and the University of Michigan (M.M., D.M.A.) where her principal teachers were David Carroll, Christopher Weait, Christopher Millard, Hugh Cooper, and Richard Beene. In addition, she holds a diploma in piano performance from the Royal Conservatory of Music (Toronto, Canada). Dr Rose plays Heckel bassoon #6773. She resides in Kalamazoo, Michigan with her husband Brad Smith (an oboe and English horn player) their son Alex (a cellist and singer), and their dog Zane.