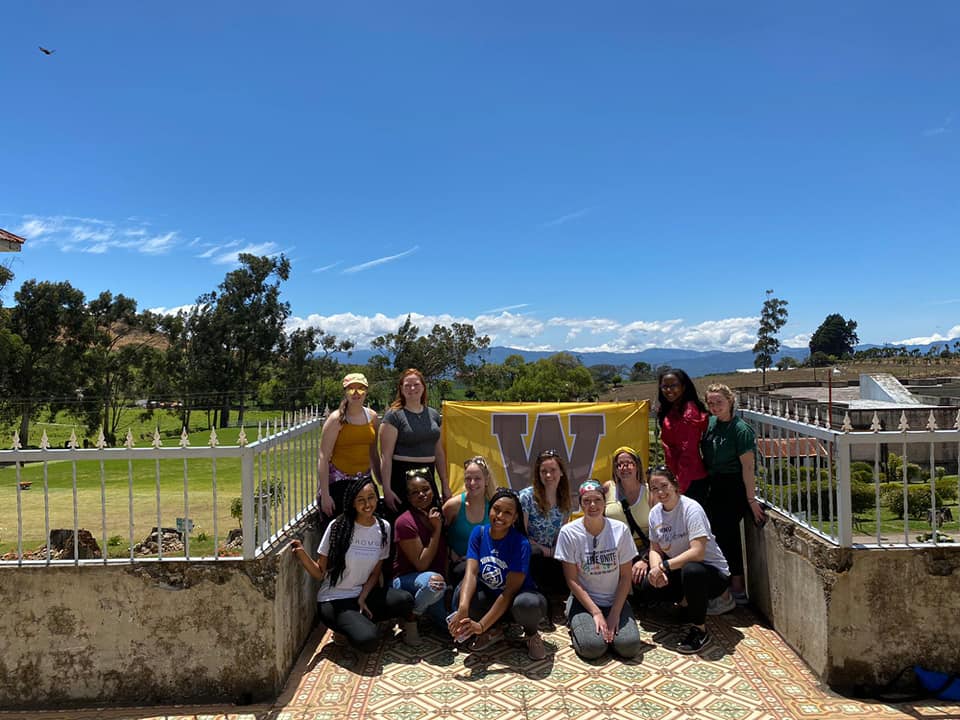 Costa Rica was an absolutely beautiful country, I enjoyed every second of it. Even though when I first got there I had a few bumps along the way. The day before I was to leave I had my cell phone stolen at a local gym and had to replace it with a cheap phone the next day. However the next day when I tried to do that in Chicago before my flight, I ended up missing my flight. I had to spend then night in a hotel with my fiance. We made the best of the situation. The next day I got up for the earliest flight at 5:30 in the morning and still did not arrive in Costa Rica until 1 PM. Once I did it was mostly smooth sailing from there on. I am not someone who really likes airplanes or being in cars with other people. All modes of transportation during the whole week made me extremely anxious. I ended doing my best to sleep on any long airplane rides or bus rides. It was insane to see how people drove in Costa Rica. It seemed like there was really no good flow of traffic. Everyone was cutting each other off left and right and whipping their cars around. When my group decided to tour the city at night and took an uber, it was terrifying how the drivers would drive around the city. Although the traffic was not the best, we made the most of the situation and survived. 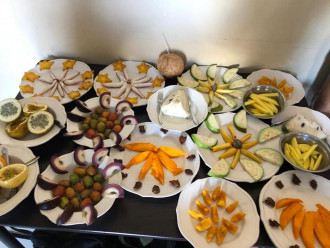 One of the days while we were in Costa Rica we went to a little market in the middle of town. I would say it was one of my favorite local things that we did. We tried lots of different fruits at the end when we all bought some, everything tasted so sweet! It was absolutely delicious and I am beyond jealous of how much great food they are able to grow locally and still eat healthy. If fruits tasted like that in Michigan I would eat fruits 24/7. At one point in the market I noticed one person was selling some coconuts and I saw someone drinking straight out of it. I thought it was really cool and I wanted to try! So I used what little colones (the Costa Rican currency) I had, asked him how much in Spanish, and bought myself a coconut! There was a lot more water in the coconut than I was expecting so I had a hard time finishing it as it tasted so sweet. I let any of the girls who wanted to try it take a sip. It really was delicious. He had punched a hole right through the top of the coconut, gave me a straw, and that was that. It was a really great experience. I was fascinated by the market atmosphere and how the meats and fruits were all displayed. It would be amazing to be able to walk to a local market and buy some fresh food any day of the week. 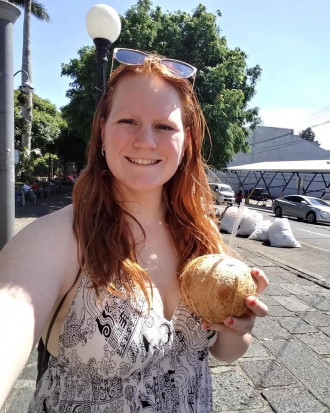 The last thing I want to touch on about my Costa Rica trip is that is how absolutely gorgeous the country is. It astounded me being able to look at mountains and volcanoes and just the beauty of the landscaping. Even just the trees and flowers on every corner really caught my eye. I enjoyed just looking outside and taking in the breathtaking view I wish people in the United States would treat the environment that same way people in Costa Rica does. They are very sustainable, they limit their trash, they recycle everything they can, and stay away from single use items as much as possible. People of Costa Rica use things to be cost effective and to help the environment. It's time we start doing the same thing. I could talk forever about the things the people there do that make Costa Rica such an amazing country to live in and I truly hope to go back again one day.