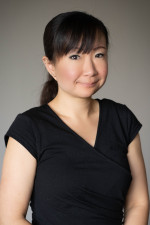 Dr. Vun Doubblestein is the director of the Mentoring for Success Program and the associate director and web and social media administrator of Multicultural Affairs for Students. She is a three-time Western Michigan University graduate and she joined Multicultural Affairs for Students as a program coordinator in 2007. While she was a graduate student at WMU, she had the opportunity to serve as a graduate assistant and intern in various functional areas of student affairs, such as international student activities, leadership development, volunteer services, career advising, university recreation, and multicultural affairs. She also taught graduate-level courses while she was enrolled in the educational leadership doctoral program.

As a scholar-practitioner with experience in various functional areas in higher education and student affairs, Dr. Doubblestein has juggled and continues to juggle multiple formal and informal roles as a mentor, coach, advisor, supervisor, instructor, educator, leader, ally, advocate, and confidante to and for countless college students within the past 17 years. She is the advisor of the Asian Pacific American Student Association at WMU and has served on various University committees. She has presented at national conferences such as the American College Personnel Association Annual Convention and statewide conferences such as the Equity Within the Classroom Conference and Assessment in Action Conference.

Dr. Doubblestein is the principal investigator for the State of Michigan King-Chávez-Parks Initiative Select Student Support Services Competitive Grant, which funds the Mentoring for Success Program. The program has been awarded two six-year continuation grants. Under her direction, the program was transformed from a start-up grant into a successful, high-demand peer mentoring program that serves over 300 students annually. Dr. Doubblestein was a three-time nominee of the Supervisor of the Year award and was a recipient of the 2018-19 annual WMU Make a Difference award. She also serves on the board of directors of the Kalamazoo Chinese Academy and is a team member of the Kalamazoo Chinese Academy STARTALK federal grant program funded by the National Security Agency and administered by the National Foreign Language Center.