THE FOLLOWING EVENTS HAVE BEEN CANCELLED

All Bronco Buds visitations scheduled between March 16 and April 3, 2020

The Celebration of Excellence Ceremony scheduled on April 4, 2020. 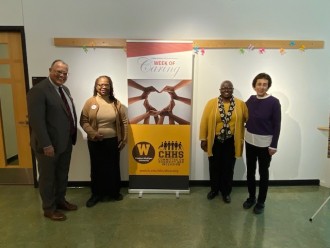 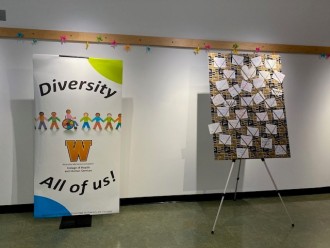 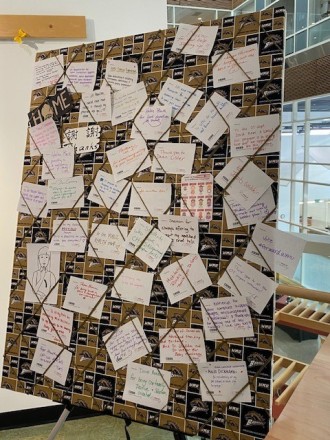 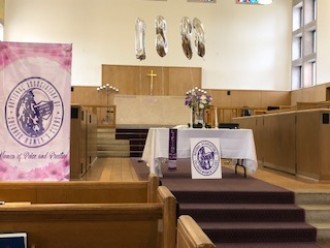 On Saturday, November 23, 2019 at 2pm, in Kanley Chapel, Western Michigan experienced yet another first.  The National Association of Colored Women’s Clubs (NACWC) inducted WMU’s inaugural chapter which also has the distinction of being the only college affiliated chapter for the NACWC. The NACWC was founded in 1896 to promote leadership and service among African American Women.  The organizations motto is “Lifting as We Climb.”  WMU had 11 outstanding young women who have worked tirelessly for a year to bring a chapter of the NACWC to our campus.  The inaugural inductees are: 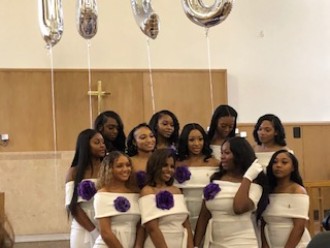 These are the 11 Hard workers Excelling Authentically to Reveal True Sisterhood (H.E.A.R.T.S.).
The women were inducted by representatives of NACWC at the national, regional and state levels.  The Women of Poise and Prestige will be mentored by the Palm Leaf chapter based in Ypsilanti, MI.  The 11 inductees where escorted by the men of Omega Psi Phi, Inc., Upsilon Gamma Chapter.

What’s the Meaning of the Thin Blue Line Flag Emblem? 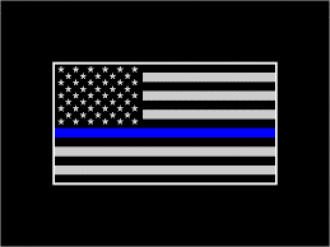 WMU as an institution of higher education challenges us to continue to progress toward being a campus of inclusion and understanding of backgrounds and experiences that are different than our own. If you are not aware of the history of thin blue line flag emblem on WMU public safety vehicles, the following is a brief explanation of the emblem’s history and meaning.  The thin blue line is derived from the thin red line battle formation taken by British troops in the Crimean War in 1854 against Russian troops. The British arm wore read coats and the linear formation looked like a thin red line standing in protection against Russian advancement on the battle field. In 1911, poet Nels Dickman Anderson adopted the concept and used it in a poem to describe the U.S. Army in WWI as a thin blue line (because the army uniforms at that time were blue). By 1966 American police agencies adopted it to represent the unity among officers.  Throughout the decades since adopting the emblem depicted below it has garnered criticism.  Today the flag has two meanings. The first meaning is the thin blue line representing the color worn by most police departments as well as the role of law enforcement. The black line above represents society and the black line at the bottom represents those of whom want to disrupt society. The second meaning of the emblem is a memorial to fallen officers. The thin blue line Is often worn over badges and a sign of mourning and as part of the American flag decal on police vehicles represents the law enforcement officers who have given their lives to protect others.   This emblem has been appropriated by other non-law enforcement groups as a rebuttal to Black Life Matters or as symbol of White Nationalism.   The requisition of the emblem by others groups does not align with its meaning.  The WMU Public Safety Department does not wish to offend or make any faction of our community to feel unsafe.   Their use of the thin blue line flag emblem is to honor those officers who have lost their lives in the line of duty.  It is important for us as a community to be able to put information in the appropriate context which can inform future dialogues.

*In the state of Michigan there is also a non-profit organization of the same name “The Thin Blue Line” which provides assistance to the families of injured, ill or deceased officers