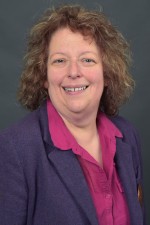 Dr. Jana Schulman is a professor of English at Western Michigan University.

Schulman is the editor of The Rise of the Medieval World (Greenwood, 2002), co-editor of Women and Medieval Epic: Gender, Genre, and the Limits of Epic Masculinity (Palgrave-Macmillan, 2007), co-editor of Beowulf at Kalamazoo: Essays in Translation and Performance (Medieval Institute Publications, 2012), and editor and translator of The Laws of Later Iceland: Jónsbók (A-Q Verlag, 2010).

Her essays have appeared in Scandinavian Studies and the Germanic Review as well as in essay collections; she has reviewed publications for the Journal of English and Germanic Philology and Speculum. Schulman has been the recipient of a faculty research and a WMU creative activities support grant (2003-04), a National Endowment for the Humanities Fellowship for College Teachers (2001), National Endowment for the Humanities Summer Institute for College and University Teachers on the topic of "Teaching Beowulf in the Context of Old Norse-Icelandic Literature" (2016), and several Fulbright grants for research in Iceland.