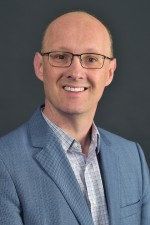 Dr. Nicolas Witschi is a professor of English at Western Michigan University.

He is the author of Traces of Gold: California's Natural Resources and the Claim to Realism in Western American Literature (U of Alabama P, 2002); of a Western Writers Series monograph on Alonzo "Old Block" Delano (Boise State, 2006); of articles and essays on Mary Austin, John Muir, Sinclair Lewis, and Henry James; and the editor of A Companion to the Literature and Culture of the American West (Blackwell, 2011). He also regularly contributes to the "Late-19th-Century Literature" chapter of the American Literary Scholarship: An Annual, published by Duke United Press. He is working on a book-length study of the contributions of autobiographical writings by famous gunfighters to the development of the western as both a cultural phenomenon and a literary genre.

Witschi has been a Fulbright Junior Lecturer in American Studies at the University of Regensburg, Germany (1999-2000), and a participant in an National Endowment for the Humanities Summer Institute on "The Redemptive West" at The Huntington Library (2005). He has also received a Dean's Faculty and Staff Appreciation Award from Western Michigan University and fellowships-in-residence at The Huntington Library and the Houghton Library at Harvard University. He is a former co-president of the Western Literature Association and sits on the editorial board of the Association's journal, Western American Literature.