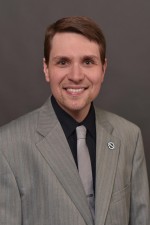 Dr. Whitney DeCamp is a professor in the Department of Sociology at Western Michigan University. He has a wide range of research interests and has authored or co-authored over 90 publications, including more than 40 peer-reviewed journal articles. He has also worked on various funded research projects, including mail, phone, and web-based surveys, in addition to other types of research designs, and has been Principal Investigator or Co-Principal Investigator on projects totaling over $500,000 in external funding.

DeCamp’s most recognized work focuses on video games, especially the connection between violent media and behavior. His work in this area has been featured by CNN, Encore, FOX News, GQ, Michigan Radio (National Public Radio), MSNBC Live, NBC News, Teen Vogue, and Time, as well as published in high-impact journals such as Computers in Human Behavior, Journal of Youth and Adolescence, and Personality and Individual Differences. His articles addressing other topics in sociology and criminology have also appeared in high-impact journals, including the British Journal of Criminology, Youth Violence and Juvenile Justice, and Deviant Behavior.