Hanging Out in the Aviation House with Cody Miller-Holcomb 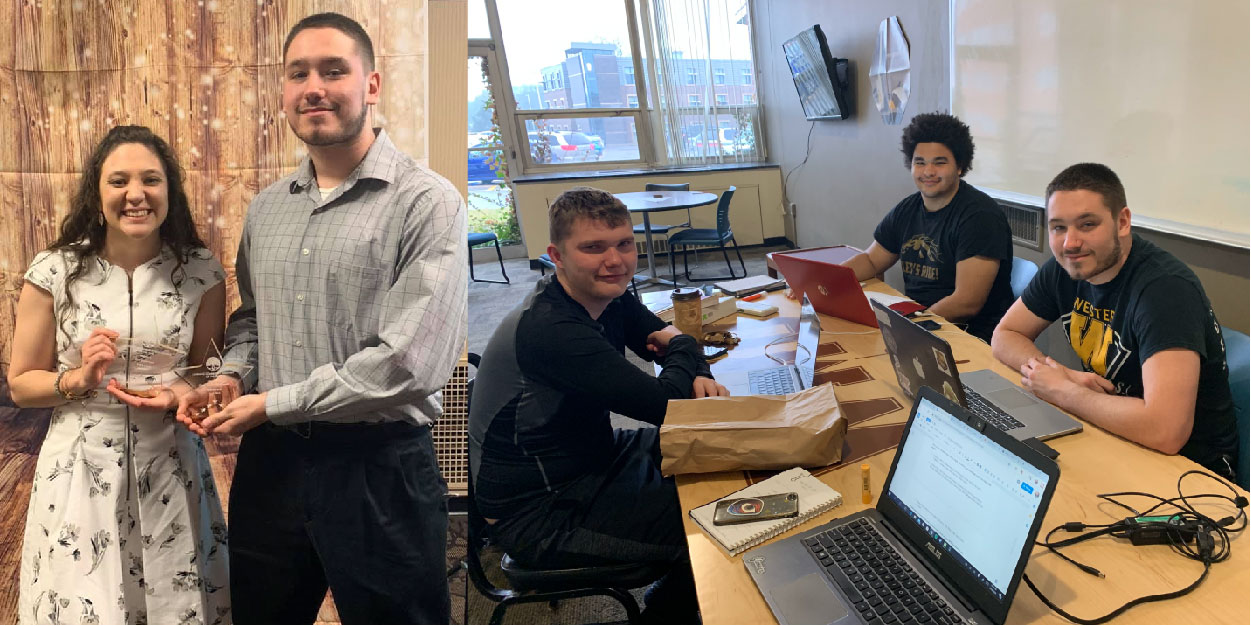 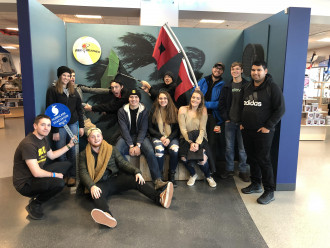 When it comes to a trivia contest about airplanes, either put Cody Miller-Holcomb on your team or head for the hills if he's part of the opposition.

A senior majoring in aviation management and operations at Western Michigan University, Cody says he "loves researching and observing aircraft.  I could sit at an airport lookout all day and watch the aircraft take off.  I can name them all."

Request College of Aviation Information
Cody didn't have to travel very far to reach his destination in higher education.  Home for him is Wyoming, Mich., a suburb community to Grand Rapids about 45 miles north of Western's home campus in Kalamazoo.

"Growing up I always loved aviation and was amazed at all of the industry's accomplishments," he says.  "I remember that every time a plane or helicopter flew over, I would stare until it wasn't visible anymore.  Deciding what to do with the rest of my life was easy.  It was the thing I loved growing up." 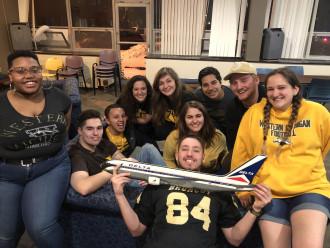 Where to do it was also fairly easy.  As soon as he chose aviation as a career path and began researching universities that fit his dream, up popped the WMU College of Aviation.  "When I discovered that it was so close to home and was one of the top aviation programs in the nation," he says, "I applied and never considered anything else."

It didn't take long for Cody to figure out that the college and WMU's Kalamazoo campus was indeed a special place to chart a dream-come-true pathway.

Most large universities -- especially those who are perennial gridiron powers -- have "football dorms" on campus.  Western does the same for its aviation majors.  In a typical semester, anywhere from 60 to 80 percent of new College of Aviation enrollees reside in the Aviation House.  Not only is it a place to live, but also a place to mature, a place to insure academic success, and a place to forge life-long friendships.

For two academic years, Cody served as a "learning community assistant" in the Aviation House, mentoring, sharing common perspectives and helping students residing there in their academics and adjustment to college life -- both the good times and the challenges.  On top of that and while also taking classes for his minor in general business, he represents the college as a senator in the Western Student Association.  In that role, he gets a ground-level look at issues and proposals that impact his peers and can make their "campus experience better." 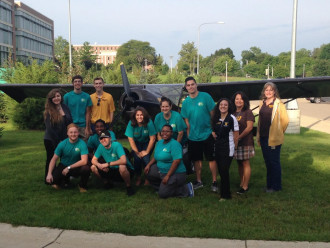 Faculty specialist Jessica Birnbaum and her introduction-to-airports class have made Cody's "campus experience better" because of her background working at the international airports serving the Detroit and Denver metropolitan regions.  "She does a phenomenal job applying her work experience into the class," he says.  "It sparks everyone's interests and keeps them engaged.  I took this class as a sophomore.  To this day, I remember the stories she told.  She's also been a great mentor on how to enter the aviation industry after graduation."

His alumnus plans are to secure an entry-level position either in airport operations or management in aircraft manufacturing.  Down the line he foresees duty as an airport executive in his home state or somewhere "down south, or maybe a high-echelon post in aviation manufacturing.

And still another future pathway.  "I have grown really fond of helicopters and other rotary aircraft," Cody says.  "I would love to work in upper management for Bell, Textron or Boeing in the future." 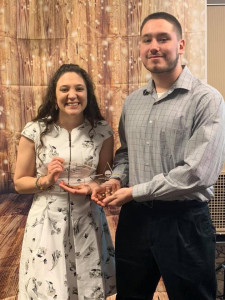 No matter where his destinations, Cody will take fond memories with him about Western.  "My favorites over the past four years have been the experiences and friendships that will stay with me for the rest of my life," he says.  "It's crazy how much this university has changed me as an individual and as a leader.  I will always speak highly of the College of Aviation."

Cody is not the only aviation major who gets his kicks on the ground as well as in the sky.  Weather willing, he's an avid long-distance biker who can easily fix his own two-wheeler in times of trouble because he works as a bicycle technician at Dick's Sporting Goods.  Video games -- especially those involving aviation -- also eat up his rare spare time.  As does identifying aircraft as quickly as car buffs can name a Buick Skylark, Oldsmobile 98 or a Chevy Camaro.

If Cody Miller-Holcomb is ever a contestant on the planet's favorite game show and a "Double Jeopardy" category is "airplanes," the game is over -- no questions asked.