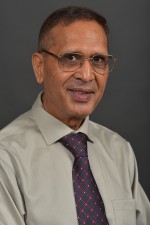 Dr. Mustafa Mirzeler is a professor in the Department of English at Western Michigan University.

Over the last two decades, Mirzeler has made a number of research trips to East Africa to record oral traditions and conduct ethnographies. In his sneakers, he traveled more than 1,500 miles on the paths of African mythic heroes, visiting the cradle lands that gave birth to new societies. He became an apprentice to African storytellers living in villages along the banks of Nile River and Karamoja Plateau in northern Uganda, along the magnificent shores of Lake Turkana and its islands, and in the barren landscape of Chalbi Desert, in northern Kenya. In addition to his research among African storytellers, Mirzeler also works with Turkish storytellers around Taurus Mountains and along the banks of Ceyhan River and around Anavarza, a medieval castle village, in the plains of Chukurova in Turkey. The voices of these storytellers, living in disparate parts of the world, become a testament to the power of storytelling in  Mirzeler’s teaching and writing. His course, Storytellers, is a popular class on the WMU campus.