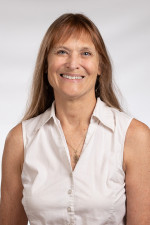 Dr. Grace Tiffany is a professor of English at Western Michigan University.

Since receiving her doctorate in 1989, Tiffany has taught Shakespeare and Renaissance literature at Fordham University in New York City, the University of New Orleans and Western Michigan University. She focuses primarily on Shakespeare, which she teaches at the introductory, advanced undergraduate and graduate levels. She has written numerous scholarly articles and several historical novels and scholarly monographs about Renaissance history and culture. Her work has appeared in Shakespeare Studies, Texas Studies in Literature and Language, The Renaissance Quarterly, Comparative Drama, Christianity and Literature, and Renascence, among other journals.

In 2007 she received a College of Arts and Sciences award for her research and creative activity. She received a distinguished teaching award from WMU in 2010.