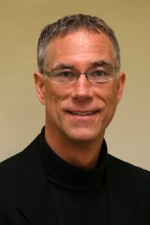 Dr. Allen Webb is a professor of English at Western Michigan University.

He has nine published books and two books in progress as well as 30 published articles. Webb has presented at over 100 conferences, including several keynote addresses, maintains 10 websites, and has won five grants totaling 1.5 million dollars.

He designed the "Classroom of the Future" English Education Labs and his virtual world for teaching literature won the A+ Award by Web English Teacher. In 2004 he received the Faculty Achievement Award for Teaching from the WMU College of Arts and Sciences.

A retired mountaineer, he made the first American ascent of the highest peak in the Hindu Kush (Tirich Mir, 25,253') in 1982.