Western Michigan University is going full steam ahead with plans to open its new Department of Physical Therapy with the hire of a founding chair and program director. 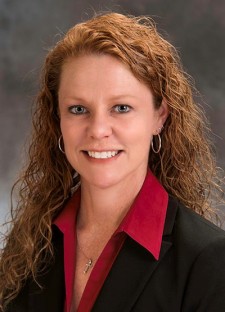 Dr. Stacie J. Fruth will assume the reins of the new department in January. Fruth will be in charge of planning, developing and delivering an innovative physical therapy program, beginning the steps required for successful accreditation, and will work closely with Dr. Earlie Washington, dean of the WMU College of Health and Human Services, in planning and ongoing management of facilities for the DPT program.

"Stacie is coming to Western Michigan University to build something new from the ground up," Washington says. "She has great passion for the field and she has the expertise to make this program one of the best in the country. I look forward to working with Dr. Fruth to build the physical therapy department and make the DPT program another top-ranking program at the College of Health and Human Services."

She is a board certified orthopedic specialist and was named the University of Indianapolis Teacher of the Year in 2009. She served six years on the Faculty Senate at the University of Indianapolis, being elected Senate President two of those years. Fruth wrote and published a textbook titled "Fundamentals of Physical Therapy Examination: Patient Interview and Tests and Measures," which is currently being used by approximately 20 percent of physical therapy education programs nationwide and also in classrooms internationally. In 2009, she traveled with 10 physical therapy students and another professor on a service-learning trip to provide medical and educational services to underserved people in Pommern, Tanzania.

The department and program she will oversee at WMU was approved in 2015 after the completion of a comprehensive feasibility study and planning document. The curriculum has received initial approval and ongoing budget funding has been identified.

As founding chair, she will have a significant impact on facility development and the composition of faculty and staff. It is expected that the DPT program will accept its first cohort of students in summer 2018. An advisory board has been actively engaged in building the program, with representatives from local hospitals and the University, physical therapy professionals, and community stakeholders.

"I am truly honored to become part of the WMU team and to join the extraordinary talent within the College of Health and Human Services," Fruth says. "I am beyond excited for this opportunity to lead the Department of Physical Therapy in building an innovative, contemporary and learner-centered DPT program and I look forward to working collaboratively with other programs within the University."