Congratulations to the College of Health and Human Services Outstanding Alumni Academy, class of 2017. 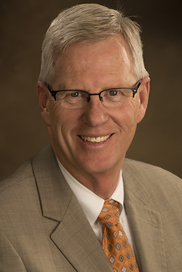 William J. Blacquiere is the president and chief executive officer at Bethany Christian Services. He has worked at Bethany in a variety of positions since 1986, including chief operating officer from 2000-05. Prior to his work at Bethany, he supervised children’s protective services, managed contracts with various agencies and developed innovative family based programs.

At present, Bill leads more than 100 offices in the United States in addition to Bethany’s international social services in 18 countries. He is on the boards for the National Council for Adoption and the Christian Alliance for the Orphan. Bill graduated from Calvin College with a degree in psychology and received his master’s degree in social work from Western Michigan University in 1984. Bill has been married to his wife, Mary, for 43 years. They have four children and six grandchildren. 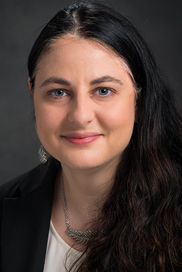 From 2011–2016, she was an assistant professor of social work at Wayne State University, where she taught both undergraduate and graduate classes. She’s been an evaluator, principal investigator or project coordinator on major studies funded by the U.S. Department of Health and Human Services, Michigan Department of Health and Human Services, W. K. Kellogg Foundation, and McGregor Fund, among others. Day has received many awards and honors, including a year-long congressional fellowship awarded during the 2016–2017 academic year by the Society for Research on Child Development and the American Association for the Advancement of Science. She was assigned to the office of Congressman Danny K. Davis where she helped develop the congressman’s child welfare and higher education legislative portfolios. 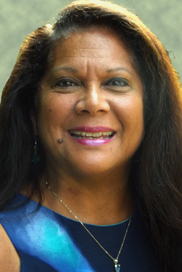 Ms. Sam Lealofi served 12 years in the US Air Force where she received accommodations as Airman and NCO of the Year four times. Upon returning to Kalamazoo she received her Bachelors of Science in Occupational Therapy from Western Michigan University in 1999. She has worked as a community organizer and manager in Kalamazoo’s core neighborhoods, and has held leadership roles in several sectors including workforce development, philanthropy and nonprofit housing. She currently serves as the Executive Director of Eastside Youth Strong, where her passion for Kalamazoo, supporting underserved youth and advocating for those in need truly shines through.

Sam has served on the board of directors at Kalamazoo Loaves and Fishes and Habitat for Humanity, and she has volunteered with Girls on the Run. She is a Late Show reader at the Juvenile Home. She was recognized in 2016 as one of five community leaders and the recipient of the YWCA Women of Achievement for Kalamazoo County. One colleague was quoted saying, “while Sam’s asset as a leader in her community is more than evident, it is truly her persona and non-judgmental nature that enables her to cross-collaborate with others on a level of effectiveness few seem to achieve.”  Sam’s passionate efforts in Kalamazoo’s Eastside neighborhood demonstrate her dedication and illustrate her phenomenal leader in our community. 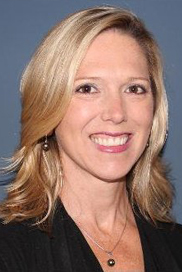 Lori Ryland is chief executive officer of Skywood Recovery/Foundations Recovery Network, which is an integrated residential treatment facility that specializes in addiction and mental health. She completed the SPADA certificate program when she received her Ph.D. in Clinical Psychology from WMU in 2000. She is a board-certified behavior analyst and a certified advanced alcohol and drug counselor. Lori has achieved certification from the Academy of Cognitive Therapy/Beck Institute in Philadelphia, Pennsylvania and is trained in evidence-based practices such as dialectical behavior therapy, cognitive behavior therapy, motivational interviewing, contingency management and applied behavior analysis.

Dr. Ryland has broad clinical experience and expertise in healthcare administration. She has been involved in numerous community and state-level initiatives including Governor-appointed advisory positions such as Diversion Council and Behavioral Health Advisory Council, development of the Michigan Medicaid Autism benefit and implementation of numerous evidence-based practices throughout the state of Michigan. 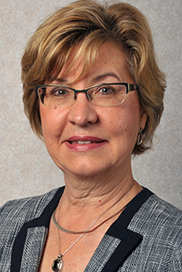 Becky Sutherland Cornett retired in September 2017 from The Ohio State University, where she was most recently director of strategy and planning at the Wexner Medical Center. During her 29 years at OSU, she also held the titles of director of fiscal integrity, associate compliance director and director of inpatient rehabilitation programs & services.

Dr. Cornett has contributed over 130 articles, book chapters, and presentations on health care value and quality, regulatory compliance, Medicare policy, professional affairs, and women’s leadership roles. She co-authored The Clinical Practice of Speech-Language Pathology textbook, and edited Clinical Practice Management for Speech-Language Pathologists. She was awarded Honors of the Ohio Speech-Language-Hearing Association in 1995, and elected to the ASHA Roster of Fellows in 1996. She has been an active member of numerous committees at ASHA, including chair of Summit on the Changing Health Care Landscape, Government Relations and Public Policy Board, and the Ad Hoc Committee on Managed Care.

Additionally, Becky served on non-profit boards of directors for Lutheran Social Services of Central Ohio (LSSCO), Women for Economic and Leadership Development (WELD), and she is currently a member of the board of directors of 1girl, an organization focused on developing leadership skills in middle school girls from underserved communities.