Congratulations to the College of Health and Human Services Outstanding Alumni Academy, class of 2018. 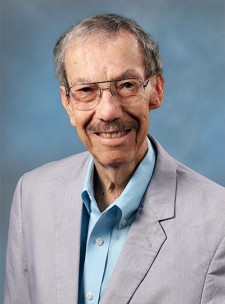 Dr. Allen Montgomery grew up with a severe stutter. The summer before entering Miami University to study mathematics, a therapist treated him with Van Riper methods of speech therapy, which virtually eliminated his stutter. That led Allen to WMU, where he studied under Charles Van Riper, and graduated with an M.A. in Speech Pathology in 1961. Since then, he has published extensive research on speech disorders and provided therapy for hundreds of individuals who stutter.

Dr. Allen Montgomery is a research professor in the Department of Communication Sciences and Disorders at the University of South Carolina. His 57-year career has included teaching at colleges in North Dakota, Iowa, Indiana and as a senior lecturer at the Lincoln Institute in Melbourne, Australia. He was a Research Audiologist at the Army Audiology and Speech Center in Washington, D.C. and a NIH Senior Fellow for the Department of Communicative Disorders and Computer Science. Early in his career, he was an active clinician and now serves as a consultant for the active fluency program at the University of South Carolina. 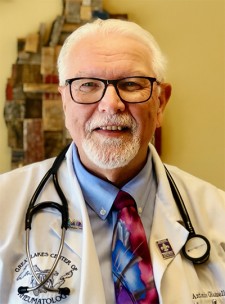 Antonio Giannelli graduated with a B.S.M. from WMU’s Physician Assistant program in 1977. An expert in the area of arthritis and autoimmune diseases, Antonio is a regular speaker at state and national conferences. In addition, he remains devoted to developing the next generation of PAs. Mr. Giannelli is a clinical instructor and preceptor for Michigan State University’s College of Medicine. He and his wife are even known to open up their home to students who have clinical rotations in the Lansing area.

In addition, Antonio Giannelli is a senior PA at Great Lakes Center for Rheumatology in Lansing. He has been a practicing physician assistant for 40 years and has more than 20 years of rheumatology experience in the area of arthritis and autoimmune diseases. Giannelli is president of the Society of Physician Assistants in Rheumatology and is also a Distinguished Fellow of the American Academy of Physician Assistants. He was appointed a Delegate to the 2017 AAPA House of Delegates.