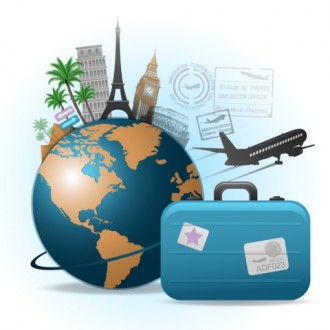 Topics covered in this section

Travel within the U.S.

Travel to Canada or Mexico (of 30 days or less)

Under certain circumstances, non-immigrants with expired visas are allowed to return to the U.S. after a visit of 30 days or less to Canada or Mexico in the same status in which they departed to continue their previously approved activities without having to obtain new visas. This is known as automatic extension of visa validity. For F/J status holders, this benefit also extends to adjacent islands other than Cuba.

Note: It may be necessary to obtain an entry visa to enter these countries; check with the appropriate consulate for more information.

F Students need the following documents to re-enter the U.S.:

H-1B and O-1 workers need the following documents to re-enter the U.S.:

If you hold any other immigration status, please consult with Immigration Services prior to traveling outside the U.S.

Citizens of these countries will always need a valid visa to re-enter the U.S. Even though citizens of these countries may be eligible for re-entry per the regulations, security or other clearances may be required before they are permitted to re-enter the U.S., and they may be required to remain outside the U.S. for more than 30 days.

Whether or not to travel abroad is a personal decision. Students and scholars whose U.S. entry visas have expired will need to obtain a new U.S. entry visa to return. They should anticipate longer waiting periods to obtain visas, closer scrutiny of visa documents, in-person interviews, and possible security clearance delays. Due to recent changes, check with the U.S. consulate or embassy where applying for the visa, or its website, before leaving the U.S. to determine the particular consular post's policies and procedures. Allow ample time for applying for new visas.

Under certain circumstances, a foreign national holding H-1B status in the U.S. on whose behalf a new employer has properly filed an H-1B petition under the H-1B portability provisions may travel abroad and apply for re-admission to the U.S.

Note: International Admissions and Services recommends that travel is delayed until the H-1B portability petition by WMU is approved by United States Citizenship and Immigration Services to avoid a possible encounter with an immigration official who is not familiar with this rule.

Carry the following documents when returning to the U.S. from international travel (including to Canada or Mexico):

Sensitive areas of study or research

U.S. visa officials worldwide have been requesting Security Advisory Opinions from Washington, D.C., for nonimmigrant visa applicants wishing to enter the U.S. for educational or business purposes that involve sensitive areas of study or research. Such a clearance can add up to 16 weeks or longer to the normal visa processing time.

Nationals applying for non-immigrant visas who are from countries identified by the U.S. State Department as being state sponsors of terrorism will warrant special scrutiny if their purpose for entering the United States involves sensitive areas of study or research. Those countries are: Cuba, Iran, Sudan and Syria. Security clearance for visa applications may also be required for a foreign national who is not a citizen of one of these countries, depending upon their field of study or research (especially if it is in the sciences, technology or engineering).

For more information, contact International Admissions and Services prior to traveling outside the U.S.