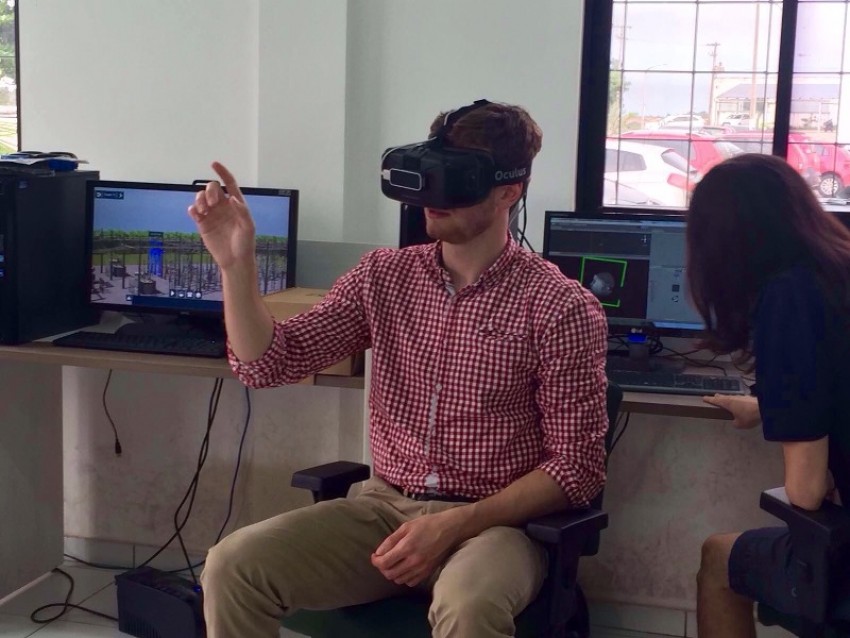 The virtual world is a modern reality. It’s the way pilots, doctors and machine operators are being trained today. Why not engineers as well?

WMU’s Dr. Pnina Ari-Gur, of WMU’S Mechanical and Aerospace Engineering Department -- along with her research team -- have developed 3D virtual reality interactive lab experiments, which currently are in use at Western Michigan University and distributed to more than 100 institutions around the globe. Virtual laboratories sometimes are the only form of learning when students do not have access to physical experiments, she explained.

Following up with one of the schools using the virtual lab took WMU electrical engineering student Eric Pietrowicz to Brazil this spring during his junior year when he traveled to Instituto Federal de Maranhão (IFMA) in São Luís. Pietrowicz -- who is from Byron Center, Mich., and is on Ari-Gur’s research team -- met with students and professors at the Brazilian university who have been using the WMU 3D virtual laboratory.

“It was satisfying to see students half way across the world using and enjoying the software we developed,” Pietrowicz said. “This trip also opened the possibility for collaboration with the university on projects moving forward.”

Ari-Gur said the experiments provide students with a virtual hands-on learning experience that they would not otherwise have.  “This type of learning especially appeals to the millennial generation who grew up with computer games,” she said.

The 3D virtual lab project was funded through a grant from the National Science Foundation and two awards from Hewlett-Packard.

During his free time, Pietrowicz traveled around the historic city of São Luís, learning about its rich culture.  A city of about 1 million, São Luís is the capital of the state of Maranhão and is on the UNESCO World Heritage List.

Ari-Gur said she and her team look forward to further collaboration with Instituto Federal de Maranhão and continuous improvement of the virtual laboratory. Pietrowicz was invited back to Brazil and also will be presenting at a conference in Croatia in July.