Adventures in Engineering—Alumnus Focuses on What’s Coming Next 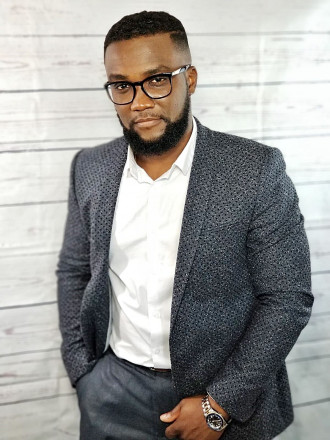 Coming to Western Michigan University from Nigeria in 2012 was just the start of David Ajoku’s life adventure — an adventure that would earn him recognition for his studies and research, his service to community through an artificial intelligence application, and his evolving career. Along the way, he would earn a bachelor’s degree in aerospace engineering from WMU and pursue graduate degrees while working at the forefront of engineering and technology innovation.

And, in 2020 he would become the first Black student in the United States to receive the prestigious American Gear Manufacturing Association award as a graduate student at Carnegie Mellon University.

“I hope being the face of this piece of history helps inspire more interest in STEM among minority groups,” says Ajoku, who advises future Broncos to embrace as many opportunities as possible while at WMU, something that served him well.

Ajoku’s adventure began long before his piece of history. From a young age, David recalls being fascinated by the science of flight, so his WMU aerospace engineering major was a natural choice.

He attributes his success in part to not just only having the zeal to succeed, but also his willingness to ask questions. Lots of questions. He says his professors at WMU were willing to answer his many research-driven questions, which encouraged him to ask even more.

“Curiosity about the universe and how it operates is one of our most powerful intellectual tools. Questioning everything isn’t just great for intellectual discovery, it’s a necessity for the continuation of life.” 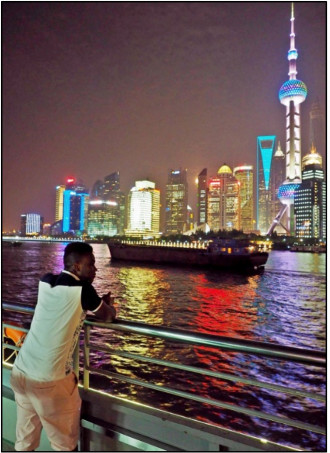 As a Bronco, he excelled in the classroom and research, earning three undergraduate research awards and co-authored his first research publication as a sophomore—collaborating across cross-functional WMU departments in astrophysics and computer science. He started his first company before graduating and represented Western on a global front—being invited by the United States Embassy to speak to a crowd of Nigerian scholars in Abuja about his STEM journey at WMU. Ajoku took advantage of a WMU study abroad program, participating in a once-in-a-lifetime study abroad trip to China for a completely new cultural experience studying at the University of Sichuan.

“That trip, and my experience in the classroom at WMU, equipped me with the tools to work toward personal and professional goals,” says Ajoku.

Ultimately, his WMU academic and research experiences had a lot to do with him feeling prepared to go after two masters’ degrees. In addition to technical skills, “I learned a lot of the soft skills at Western that can be so critical to success in new environments,” says Ajoku, who graduated in 2016 as the top aerospace engineering student.

With a degree in hand, he took his first engineering job at CTS corporation and quickly found himself promoted to a chief design engineer role focusing on developing next generation products for new markets. He later worked at Tesla and is currently a product engineer at NVIDIA, working at the intersection of mechanical design, product development, and engineering management within the hardware engineering team—tackling novel technical challenges at the cutting edge of mechanical design. While at NVIDIA, he is also pursuing dual master’s degrees at Carnegie Mellon University—in mechanical engineering and engineering and technology innovation management.

Through all these experiences, he realized that he is a highly motivated technical leader passionate about using his engineering skills to impact the world. In 2020, he began developing Aware.ai, a personalized risk management platform for new and expectant mothers, that combines education and community engagement with artificial intelligence to improve maternal health outcomes.

Every year, 700 – 900 women die in the United States and over 50,000 women suffer severe life-altering complications from childbirth. The statistics are much worse for women of color. Today, the United States has the most severe maternal death rates in the industrialized world.

“To me, Aware.ai represents an opportunity to contribute towards solving a critical problem in our world, a problem I have personally come across–maternal mortality. I hope Aware.ai can be a part of the solution to this problem facing millions of women across the world.”

And with all these responsibilities and goals in mind, Ajoku’s natural curiosity is leading the way to his next adventure.

For more about Ajoku’s career, check out his LinkedIn profile.