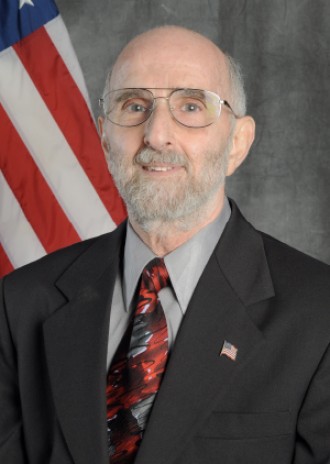 Donald Rizzetta was born and raised in suburban Chicago, and attended Western Michigan University from 1962 to 1966. After graduating with a B.Sc. in Aviation Engineering, he enrolled at Purdue University, obtaining a M.Sc. of Aeronautics and Astronautics in 1969. Dr. Rizzetta was then a design engineer with the Florida Research and Development Center of Pratt and Whitney Aircraft. From 1970 to 1976 he was a Graduate Research Associate at The Ohio State University, where he received his Aeronautical and Astronautical Engineering Doctorate. For one year, Dr. Rizzetta had an appointment as a Visiting Scientist at the Air Force Flight Dynamics Laboratory, and then served as a Senior Specialist Engineer in the Boeing Military Airplane Company from 1977 to 1982. Since 1982 Dr. Rizzetta has worked at Wright-Patterson Air Force Base, OH, in what has now become the Air Force Research Laboratory. He is currently a Senior Research Aerospace Engineer for the Aerodynamic Technology Branch of the Aerospace Vehicles Division/Aerospace Systems Directorate, where his research is devoted to the development and application of high-order numerical methods for performing direct numerical and large-eddy simulations of aerodynamic flows that are relevant to Air Force systems. Recent investigations have focused on flow control for transition delay and drag reduction. Dr. Rizzetta has published over 130 scientific papers, including 57 archival journal articles. He has received a number of recognitions for his technical contributions, including that of Distinguished Alumni of the Western Michigan University College of Engineering and Applied Sciences.